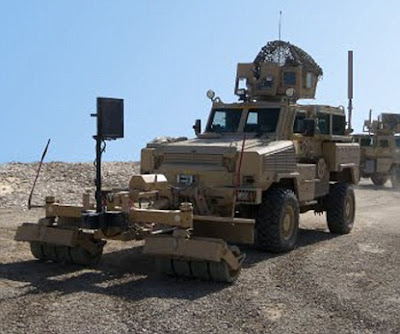 A lengthy report (351 pages, pdf) from the House of Common Foreign Affairs Committee gets an airing in the media today and we are seeing more reporting on the online editions.

Conveying the flavour of the report is Deborah Haynes in The Times, who fillets the conclusions to tell us one of the main findings, that "Britain has taken on far more than it can handle in Afghanistan and should instead focus on security, ditching its lead role in other objectives such as fighting the drugs trade."

She goes on to write:

A failure by different Government departments to coordinate their work has also hampered progress in Helmand province, southern Afghanistan, where the majority of British troops are based, according to the cross-party report. In a damning indictment of Britain’s past eight years in the country, the ... Committee warned that the Government risked losing support for the mission at home and in Afghanistan by failing to set out clear and achievable goals.

This blog is very keen to see MPs take a greater role in criticising government performance, particularly through the select committee system, and then to contribute to the more effective formulation of policy. However, if the Committee's remedy for the lack of direction is to recommend that in the immediate future "the Government should re-focus its efforts to concentrate its limited resources on one priority, namely security," then its priorities are misplaced.

Nonetheless, while it may have a good point about the failure to set out clear and achievable goals having an influence on public support, simply then for concentrate on security, per se is unlikely to have the desired effect, not least because it has missed a crucial point: arguably the most powerful influence on public sentiment is the steady, high profile reportage of troop casualties.

To that effect, the absolute priority must first become – not so much as an objective as a sine qua non - force protection. Unless the military can contain what is seen as an unacceptable and unsustainable casualty rate, it will not be able to deliver on any other agenda.

Furthermore, the military must not only be able to protect itself, it must be able to do so with an economy of resource, without degrading its own operational capabilities. Otherwise, we end up in the situation which poisoned the Iraqi campaign where so much effort was devoted to countering attacks that almost all the effort was devoted to this end. Thus did the military end up describing themselves as the "self-licking lollipop."

In terms, force protection comprises three components: base protection; route security; and what might be termed operational security.

Compared with Iraq, where British bases were under constant attack from indirect fire – and even direct assault – base protection has not been quite so problematical in Afghanistan. Under the combined weight of IEDs deployed on an industrial scale, and the composite ambushes involving direct fire in combination with IED ambushes, however, route security is proving to be a major issue.

Similarly, "operational security" is giving rise to considerable concerns, some of which we addressed in the previous piece.

If there are failings here, none are more egregious than in the failure of the military to secure its lines of communication. A very significant proportion of its casualties arise while troops are transiting in vehicles, mostly prey to IEDs.

Here, the continued impression that the military is failing to treat this issue seriously is reinforced by a piece in The Mail on Sunday, where Christopher Leake records that: "A British anti-bomb device that has saved dozens of American soldiers’ lives is not being used by UK troops – despite a rise in the number killed in road-side attacks."

This is the "Self-Protection Adaptive Roller Kit", known as SPARK, equipment which is usually fixed to the front of military vehicles and has rollers which take the full brunt of any blast. Soldiers are thus protected from injury and their vehicle is left intact so they can drive away from the "hit zone" rather than suffer further attacks by insurgents.

The effectiveness of this equipment is well proven and there have been numerous articles in the American military and specialist press testifying to that (see: here, here, here and here), but this is the first time the equipment has been mentioned in the popular media here – although we have referred to mine rollers several times on this blog. Over two years ago, we even referred to their use in the 1970s, in Oman, attached to Saladin armoured personnel carriers.

Currently, Leake charges that the MoD bought 12 of the SPARK devices but, he claims, they have been mothballed because the Army does not have the mounting kit needed to attach them to vehicles. This appears perverse as one of the claimed advantages of this kit is the ease with which it can be attached to a wide range of vehicles, from Humvees to 5-ton trucks and different MRAPs, including RG-31s (pictured, top).

The perversity appears even greater when one appreciates that a number of new vehicle types have recently been introduced to theatre, such as the Ridgeback and the Mastiff 2, either or both of which could surely have been modified to use this equipment. 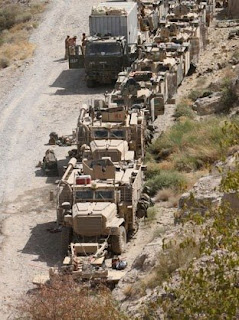 It is not the case though that the British Army is not using mine rollers, as one assembly was seen fitted to a Mastiff (thus demonstrating the capability of this vehicle) during the Kajaki convoy in August 2008 (pictured right). Whether this was a SPARK device is not clear. With only 12 sets bought, though, this seems a poor effort when then US forces have over 300 sets in use in Iraq and Afghanistan.

What is more worrying, perhaps is the response of the MoD to Leake's charge. "No single piece of equipment can provide complete protection from the changing threats posed by improvised explosive devices," a spokesman said, apparently not conceding that the mine roller is an essential part of any equipment package if the IED threat is to be defeated.

Our problem is that, if the MoD does not recognise this, and the select committees are not pointing us the issues – even though the MPs felt qualified to direct military priorities – then we are not even past first base.