Procurement on the map 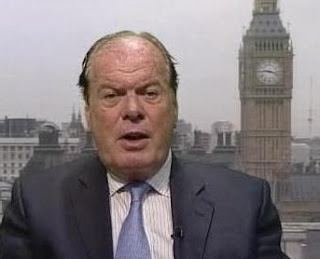 Following the Channel 4 News lead on the Gray report yesterday, the BBC has allowed procurement minister Quentin Davies (pictured) to deny that the report has been suppressed

Despite this "non-suppression" though, more details are emerging, not least via the unlikely medium of a BBC clog which has obtained a slide presentation of the Gray report. Among other things, the slides charge that the "Ministry of Defence does not really know the price of any kit, and project management does not exist in the Department."

With the procurement minister in full flow, this has elicited a halfway sensible comment from the Coffee House clog (which proves it is possible) to the effect that: "the slides point to long-term structural problems within the MoD, which will take an enormous effort for a future Tory government to reverse."

Suddenly, therefore, defence procurement is on the map, with the leader in The Daily Telegraph airing its views on the "procurement scandal", noting that: "The problems at the MoD still run very deep indeed." The Times also takes a robust view, declaring:

The problem is that the military chiefs want everything they see in the sweet shop and the officials and politicians can't say no. When they run out of money, as they always do, orders are merely postponed, which raises costs and stores up more problems.

That is indeed one of the problems, but only one. Readers of DOTR will be aware of many, many more, none of which are referred to in any of the current media commentary. Having "discovered" procurement for themselves, they have no need for mere blogs.

However, at least the media are dimly aware that there are systemic problems. Maybe, just maybe, they can stay the course and more Tory MPs might start asking the right questions. And maybe pigs will start flying as well, but what we have is a start.