Use them and lose them 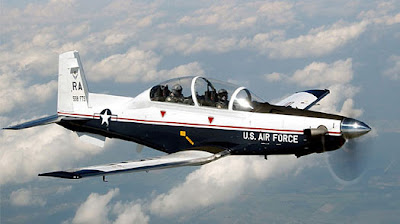 The trouble with aircraft is that they wear out. Each airframe has a design life, measured in flying hours and, when reached, the aircraft has to be towed away and scrapped or given fantastically expensive "life extension" upgrades to keep them in the air. The new Eurofighters, for instance, have a design life of about 6,000 hours.

However, high performance combat aircraft are so expensive that they are also expected to last a long time and, as replacements are taking ever longer to come into service, their chronological lives are extending into decades. The Eurofighter will be expected to last about 35 years, allowing an average of about 14 hours a month flying time throughout their careers.

To get maximum chronological life, therefore, it makes sense to fly the aircraft only for the minimum number of hours possible, just sufficient to maintain pilot proficiency and no more. Even then, much of the practice and training can be done on increasingly sophisticated simulators, cutting air time down even further.

That leaves the aircraft available for what they were designed for – an insurance policy in the event of hostile action, when they can be used to ward off or destroy an enemy. A military aircraft may go through its whole career without ever seeing action, its sole purpose having been to provide that all-important insurance.

Unfortunately, contemporary politicians – imbued with the doctrine of "liberal intervention" – are finding ever more reasons for using their inventories of aircraft, often for purposes for which they were not intended.

The RAF Tornado bombers are a good example. Designed for long-range interdiction against Warsaw Pact forces in northern Europe, they are now providing close air support in the gruelling conditions of Afghanistan, having already served in the Gulf War, Kosovo, the Invasion of Iraq and the subsequent occupation.

The first models were delivered to the RAF in 1979 and production ended in 1998 yet the ground attack version is expected to remain in service until 2025 – the type in service just short of 50 years, with the youngest of the aircraft around 30 years old.

However, so enthusiastic have our politicians been that the current GR4/4A fleet is wearing out too fast, forcing the MoD to devise a mid-life fatigue programme in a bid to see it through to its planned out-of-service date in 2025.

One aircraft will be modified on a trial basis, taking about three years to complete, at a cost of £28 million. If this is successful, work will proceed to the next phase and, if that works, modifications could be made to 40 aircraft at a cost of about £207m - £5 million per airframe.

Needless to say, this problem is not confined to the RAF. Recently, the USAF had to ground part of its F-15 fleet after structural failure caused one machine to break up in mid air. These aircraft, with an extended design life of 8,000 hours, are piling on the hours in Afghanistan and many of these are running out of "life".

Now stung by the massive costs of the replacement F-22s, at about $350 million each, even the United States is beginning to look seriously at cost-saving measures which will reduce the load on the high value inventory and keep them flying for longer.

And so advanced is the thinking that even the popular magazine Time is reporting that the USAF is seeking "a cheaper way to fly and fight". The magazine has picked up on recent reports on what is now called the Light Attack Armed Reconnaissance Aircraft, with the Hawker Beechcraft T-6 (pictured) and Brazil's Embraer EMB-314 Super Tucano under consideration.

Its main champion is defense secretary Robert Gates and the magazine cites General Norton Schwartz, the Air Force chief of staff saying that this low-tech approach "is really consistent with Secretary Gates' thinking" in favour of simple weapons that can be bought quickly and perform more than one mission.

A rugged and simple warplane that can be flown against insurgents by US pilots who also train foreign pilots in their own language "is a very attractive way to approach this problem," he says.

Air Force Secretary Michael Donley concurs. He believes that such an aircraft "will help build up the security capabilities of partners facing counterterrorist operations, counterinsurgency operations." Nations like Afghanistan and Iraq "are not going to be able to — and do not have a need to — operate at that higher end of the conflict spectrum," he adds. And nor can they afford to. The $350 million used to buy each of the 187 F-22s on the US inventory would pay for a fleet of about 50 of these aircraft.

No one is going to pretend, however, that such aircraft can replace the full spectrum of capabilities of fast jets such as the Tornado. But if their use can reduce utilisation of the more expensive jets by even ten percent, then their initial cost is a worthwhile investment, with huge savings accruing through reduced operational costs.

As so often though, while there is now a vibrant public debate on this issue in the US, even vast expenditure by the MoD on life-extension programmes goes unremarked and, despite extensive public and media concern about defence budget shortfalls, there is no media discussion about this promising development.

Short on detail and long on rhetoric, it seems our media – and indeed our politicians and military – would rather complain about shortfalls than do something constructive about them.