Losing on the home front 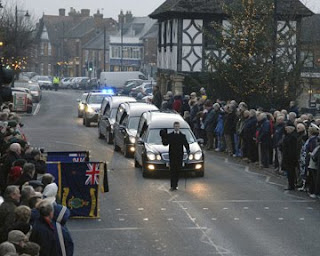 On the one hand, the current edition of the New Statesman gives space to current defence secretary Bob Ainsworth, who tells us that opposing war in Afghanistan is "defeatism" The war in Afghanistan is too important to be reduced to a political football. We are fighting there to protect our national security, he says.

On the other hand, in a long editorial, the same magazine opines that, "Our military presence in Afghanistan is part of the problem, not the solution." Britain should follow Canada's lead and set a date for withdrawal from Afghanistan. It is time we accepted that we are losing this war.

Ainsworth would have it that British troops know they are in Afghanistan to prevent the country becoming a haven for terrorists, as it was in 2001. But they are also motivated by the plight of the people they are fighting alongside. They understand clearly why they are there and the progress they are making.

He then observes that "this sense of purpose and momentum has not translated to the home front in the way that it might have," continuing with the lament:

Despite the huge influx of US and other Nato troops, despite the focus of the Obama administration and the recent success of operations in Helmand, some in the UK believe the fight is not worth it. This defeatism has been exacerbated by political arguments about British troop levels, vehicles and helicopters that often misunderstand the nature of coalition warfare.

Together we are achieving some success, he concludes. The Taliban, terrorists and violent extremists are being squeezed from both sides. But we must keep up the pressure. This is a tough fight and it is a long way from over. Our armed forces are doing their job courageously and with great skill. They deserve our support to see it through.

Then we have a long piece from Stephen Grey. Interviewing soldiers, he got the view that "there's no point massively getting all worked up ... At the end of the day, in the army, you're just a pawn to the politicians."

Many of the soldiers he interviewed thought discussions about the reasons for the British presence in Afghanistan were largely a matter of passing the time, almost an intellectual pursuit, not something that really affected morale.

Many of the men said they were in the army for "the craic", a term that covered all the adrenalin and honour and proving yourself that war involved. It was important that they weren't doing something bad; beyond that, for most, it did not seem that the details mattered.

It has been hard, he writes, for soldiers - for anyone - to follow the detailed explanations of just why we are in Helmand:

It was to combat al-Qaeda that British forces first entered Afghanistan in 2001. That was a limited commitment. Five lives were lost in the first five years. Then, in 2006, when the troop numbers rose dramatically, the British headed south to Helmand with a mission described by the then defence secretary, John Reid, as being "to support reconstruction", but which has shifted constantly.

Others have spoken since of the need to support the Afghan government. Or to lift the war-torn country out of poverty. Or to fight the growth of the world opium trade that is centred in Helmand. Or, as is the official line now, to secure the country from a revival of al-Qaeda. "If we can't even get straight why we're there, how can we get straight our strategy to win?" one UK battalion commander said to me recently.

So, we move on to Dame Vera Lynn in The Times. She says that Britain’s Afghan campaign makes no sense All the official reasons given to explain why 9,000 British troops are fighting in Afghanistan have failed to convince her. "I don't know what Afghanistan's all about, I don't know what we are doing there," she adds.

The former "Forces' sweetheart", who is now 92, has no difficulty in understanding the reasons for the sacrifices that had to be made during the Second World War. But she is perplexed about the campaign in Afghanistan, saying: "At one time, our soldiers would fight for the country they came from to stop the enemy invading, but now they are involved in other countries’ problems."

Meanwhile, the bodies of four dead soldiers arrive back in the UK today, while Grey, several hundred soldiers are back in Britain on mid-tour leave. Knowing that their friends are right now facing the bullets, writes Grey, most wish they weren't here. They will be staring at people in the street who don't give a damn. They will be talking to so-called friends in the pub who will listen to about a minute of the truth before their eyes glaze over and they change the subject.

The soldiers will hate every minute of their so-called rest and recreation. Those I know will spend their "holiday" with a can of beer in one hand and the remote in the other, flicking between the sport and the agonising headlines that flash along the bottom of Sky News.

The crowds at memorial events show that support for soldiers is also high. And yet there is a kind of collective hypocrisy that combines a concern for the welfare of the armed forces with a lack of interest in the war. Few are sold on the aims of the war, however often they are repeated.

How many of us, Grey asks, have bothered to learn even the names of the principal places where this war is being fought - in Helmand, the towns of Lashkar Gah, Garmsir, Sangin, Musa Qala?

What really gets soldiers' goat, he adds, is the endless speeches saying "Thank you, thank you, thank you" for their sacrifice. There is that hoary old George Orwell misquotation: "People sleep peaceably in their beds at night only because rough men stand ready to do violence on their behalf."

Soldiers in the field generally wish a handful fewer people were sleeping peaceably and a few more - and particularly those who work for the peacetime-focused bureaucracies of Whitehall - were spending a bit more time wide awake, supporting them meaningfully.

Any which way you look at this, the government has a problem. In its pursuit of the "hearts and minds" of the Afghan people, it has not even managed to convince the British people that the task is justified. "It is time we accepted that we are losing this war," says the New Statesman.

On the home front, at least, it looks as if it is right.