Another exercise in rhetoric 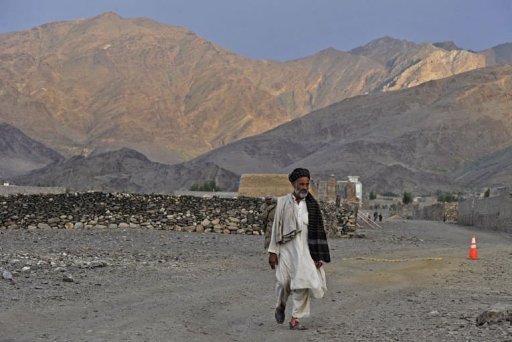 Ten years into the war in Afghanistan, to call our strategy "fatally flawed" – as does Sherard Cowper-Coles in an incredibly lame piece in the Failygraph - is to pay it a huge compliment. It isn't even that good.

All Cowper-Coles, former British Ambassador to Afghanistan, can do is bleat about us "ignoring all the lessons of the Great Game", as we fail to engage Afghanistan’s neighbours and near neighbours systematically in the struggle to return Afghanistan to its proper place as the crossroads of south-west Asia.

That much is extruded verbal material. The "Great Game" was the interplay between two empires, the British and Imperial Russia. What we have today is altogether different – a proxy war between India and Pakistan, played out on the plains and hills of Afghanistan.

Since it is current British policy to suck up to the Indian government, not a word must be said about the malign role of the Indians in fomenting and perpetuating the strife in this benighted country. This means that the gigantic Indian elephant must perpetually be ignored.

Of course, dealing with India means addressing the Kashmir issue, which means getting India and Pakistan sitting at the same table. That is not going to happen. Even now, with talk of a regional conference to discuss Afghanistan's future, India's presence is not assured. Turkey is trying to broker a deal.

That, in fact, says it all. India was left out of the last regional conference and that it should be left to a minor-league player to be fronting the effort to get it to the table, instead of a high-level Indian presence being the centrepiece of US strategy, says that the policy out there is fundamentally unserious.

The other important player is, of course, China, and here diplomatic paths also lead back to Kashmir. But the really crucial players and India and Pakistan, and without them getting together, any further steps are, as one regional observer puts it, just another exercise in rhetoric.

I'm sure our troops out there would be highly delighted that they are, in the final analysis, fighting and dying for rhetoric. But if they hadn't already realised that they are wasting their time, and that their sacrifices are for nothing other than to save Cameron's face, then it's too late for them to find out now.

Soon enough though, the dreadful charade will come to an end – but not before more billions have been spent, and more lives lost. Until then, there is little more to be said. If there was ever any rationale for us going in, it has long departed. The sooner we get out the better.