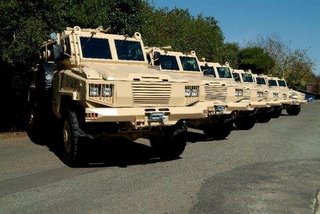 As a result of researching the labyrinthine issue of defence procurement, readers will know that we have concluded that the MoD appears to be exhibiting a strong "Europe first" bias when it comes to major contracts for our armed forces.

But, as we indicated in a post, a couple of days ago one cannot also rule out the possibility of corruption affecting the choice of supplier and, to a certain extent, it may be that European manufacturers have bigger slush funds than their British counterparts.

In this context, it is very often the small clues that give the game away and, while we have no doubts that the MoD is operating a "Europe first" policy, one of the smaller (value-wise) contracts – this one for the Panther Command and Liaison Vehicle - does have aspects which are indistinguishable from corruption.

Not least is the admission from former MoD civil servant Andrew Simpson that, as an MoD desk officer, he initiated the Future Command and Liaison programme, which resulted in the procurement of the Panther vehicle, only for him then to move over and take a lucrative consultancy job for the Italian builders of the vehicle, Iveco.

Readers will recall that the Panther was entered into the procurement competition after the shortlist had closed, at the specific behest of the MoD. The MoD – presumably under the guidance of Simpson - then went on to select the vehicle, despite its unit cost of £413,000 against the clearly better competitor, the South African-built RG31M which was selling for £124,000 less, for each vehicle. 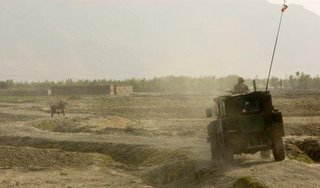 As an indication of just how good the RG31 actually is comes from the US, a country notorious for its reluctance to buy foreign military equipment. Yet, recently, it purchased 146 of these vehicles for use in Afghanistan and Iraq, and US troops have nothing but praise for them. 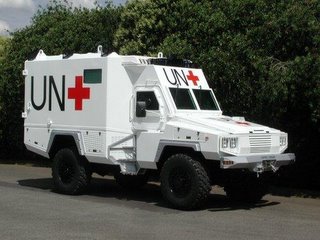 But what brings this issue into high profile is that, according to DefenceNews, the United Arab Emirates have now ordered 28 RG31Ms, adding another client to a long list which includes the United Nations.

More and more, the Panther contracts looks suspect, and it is increasingly difficult to explain why the MoD insists on buying second-rate European equipment at a higher price than other better equipment, and even more so than in this case, when the RG31 is built by a wholly-owned subsidiary of BAE Systems – the largest of the British defence contractors.