The mincer of Sangin 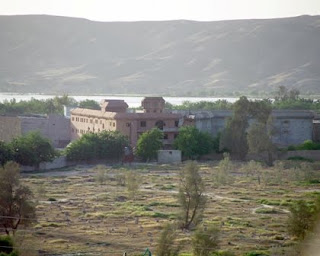 Anthony Loyd describes the scene at Camp Bastion's hospital when the dead and wounded are brought in by a Chinook Medical Emergency Response Team (MERT).

After watching the proceedings and then watching young Afghan girl die (from suspected meningitis), "for an awful second," he writes, "I thought I might choke - an unforgivable act of weakness in front of the calm resolve of the young medics."

"Don't think we are immune from all this," says a medic as he walks away, as humbled as he can recall.

The MERT was back in action yesterday morning, with yet another three soldiers reported killed, bringing to the number of British soldiers who have died in Afghanistan since 2001 to 199 – one short of that "sad milestone" – the "magic" number which will trigger the media torrent.

Once again, with dreadful familiarity, these three were killed by an "explosion" while on foot patrol. Another dreadfully familiar word also crops up: "Sangin". With 168 killed in action (KIA), Sangin and its environs have accounted for at least 47 dead, more than a quarter of the total, making this district by far the most dangerous for British troops.

This was the town which from mid-2006 onwards was one of the famous four "platoon houses", occupied by 3 Para who mounted a spirited defence against sustained attacks from the Taleban. Then, in Aril 2007, with the help of the US 82nd Airborne – who carved out their reputation in Normandy and Arnhem (to say nothing of Bastogne and the Rhine crossing) – Operation Achilles was mounted, led by 42 Commando Royal Marines Battlegroup, the Estonian Armoured Infantry Company, and the Danish Recce Squadron.

At the time, Brigadier Jerry Thomas, Commander of the UK Task Force in Helmand, stated the aim of the operation was: "to clear the Taliban from the Sangin area and to re-establish the authority of the Government of Afghanistan in Sangin to create a secure, stable and prosperous environment in which reconstruction and development can take place."

On 30 May, Operation Achilles ended, with Operation Lastay Kulang (pickaxe handle) starting the same day, aimed at clearing out the upper Sangin valley. It was during this operation, which ended on 14 June, that a Chinook was apparently hit by an RPG round and crashed, killing five Americans, a Briton and a Canadian on board.

By early June though, the MoD was in a buoyant mood, claiming that the operation had "succeeded in squeezing the Taliban in the north and south of the Upper Sangin Valley into isolated pockets."

Lt-Col Charlie Mayo, spokesman for Task Force Helmand, declared: "By extending the authority of the Afghan Government and removing Taliban forces this operation will provide the security conditions for the redevelopment of the Upper Sangin Valley and further enhance Government influence across Northern Helmand."

This operation led to Operation Ghartse Gar, which commenced in July 2007, its objective: "to track down Taleban positions, taking the fight to the Taleban and clearing them out of Sangin," building on "the momentum and strategic success of Operation Lastay Kula."

In "pacified" Sangin, however, the Taleban simply moved back in, adopting their now standard techniques of mounting ambushes, using direct fire and IEDs. Fighting remained intense so that, by February 2008, six British soldiers had been killed in and around Sangin in just over a month. Yet another operation was mounted, this one called Ghartse Dagger, aimed at flushing out Taliban from a stronghold in the upper Sangin valley.

Supply convoys were being attacked and in July 2008 heavy fighting was reported with "at least 40 militants" killed in two days.

Nevertheless, the security situation remained tense, with the Army having to apologise in August 2008 for killing four Afghan civilians after troops had rocketed a building in which Taleban had been seen.

Despite this Ministers were citing the "relative stability" of the Sangin area as evidence that British troops were "winning the battle against the Taleban," only to have four Marines killed by a suicide bomb in December when they were approached by a 13-year-old boy pushing a wheelbarrow, which exploded.

This year so far has seen 17 British soldiers killed in the "relative stability" of the Sangin area, with attacks even being mounted close to the district centre (pictured). Then, on 10 July came the horrendous multiple IED attack which killed five soldiers.

So precarious had the situation become that troops holed up in Forward Operating Base Jackson had become entirely reliant on helicopter supply, with the giant Mi-26 helicopter being shot down less than a week later. A dispatch from Michael Yon made it very clear just how tenuous the hold on Sangin has become, in an area The Daily Telegraph reports as "one of the most heavily mined" in Afghanistan.

So it is that yesterday another three soldiers paid the price for "relative stability", the questioning of which defence secretary Ainsworth regards as "defeatist".

No doubt we can rejoice that the government objective remains "to clear the Taleban from the Sangin area and to re-establish the authority of the Government of Afghanistan in Sangin to create a secure, stable and prosperous environment in which reconstruction and development can take place."

But in the mincer that has become Sangin, three more soldiers will never see that happy event arrive.