Bring on the Pioneers 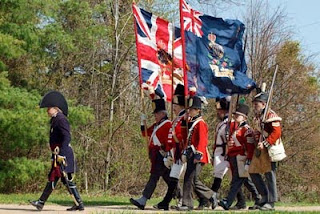 There is much with which to agree, he writes, but there are so many things with which to disagree it's difficult to know where to begin. Of one statement, he declares, it "goes so far down the path of the Western-trained PhD sociology student that it's unclear why we aren't reading that 'flowers are beautiful, butterflies are too, and I love you!'"

We would not even begin to challenge this analysis, but, in the "agree" department, few could argue with this sentiment, expressed in the guidance:

Although disruption operations may be necessary at times, we must recognize that their effects are temporary at best when the population is under insurgent influence or control. Sporadically moving into an area or a few hours or even a few days solely to search for the enemy and then leave does little good, and may do much harm. The local insurgents hide in plain sight and the people remain ambivalent. Once we depart, the militants re-emerge and life under insurgent control resumes. These operations are not only ineffectual, they can be counterproductive.

The document available is only the executive summary, and therefore the detail is slender, but another statement in the "agree" department surely has to be:

Take action to improve the stability in your area. Learn how to adapt, how to shape the environment, and how to be more effective with the community leaders and the people.

However, where we would fall out with the guidance is in terms of emphasis. The most important statement in the whole document is, "Learn … how to shape the environment," yet it is buried as low-order, secondary advice, with little prominence.

Standing back from the guidance and looking at the wealth of experience and knowledge flowing out of Afghanistan, if there was a single factor that dominated virtually every aspect of what we hear and read, it is the environment.

Whether it is the unremitting desert, the close, jungle-like cover of the "green zone", the matrix of ditches and canals which so hamper mobility, the warren of "lethal funnels" – as Yon put it – formed by the juxtaposition of high-walled compounds, or the primitive road system, the environment dictates how the campaign is managed and fought.

Yet, look to history and the activities of any successful "invader" or conqueror of any land, and it will be seen that high among their priorities was to re-shape and then dominate the environment. Not least, was the propensity of the invaders to establish castles on dominant ground, in defensible positions, with clear areas around them to deprive the enemy of cover, and then to build a network of roads connecting them.

One notes also the account of William the Conqueror in dealing with the English revolt in 1069, when his army set about "destroying homes and crops, and extinguishing all human and animal life from the Humber to the Wash." The attack on the "environment" was to be seen again, centuries later in Vietnam when US forces, using Agent Orange, sought to defoliate areas of jungle to deprive the their enemy of cover.

Whether successful or not, that latter initiative underscores the point that no long-term conquest of a land takes the environment "as is". Extending the remit of government – whether indigenous or imported – has always gone hand-in-hand with shaping the environment.

Here though, there is also a possible synergy which can be extracted from McChrystal's document. He writes about the extremely high proportion of the population under 25 (fighting age) and the huge problem of unemployment. Self-evidently, if many of these youths are set to work on environmental improvements – such as road building – then they will be less inclined to join the Taleban.

However, I have always been ill-disposed to the idea of employing local labour on day-rates, as a mechanism for providing employment. Taking on labourers, say, to help build roads, solves nothing in the long term, not least because, while there are the funds to build (some) roads, there is an entirely inadequate budget for road maintenance. Labourers impressed on road building are as likely to see their efforts destroyed over time, as new construction deteriorates.

McChrystal uses the Afghan saying that, "if you sweat for it, you will protect it". He also declares: "We must get the people involved as active participants in the success of their communities."

Hiring day labourers to build roads is not getting people involved. However, turning a road-building scheme into a "road building university", using the scheme to train road engineers – with theoretical training alongside and the reward of formal qualifications to successful participants – changes the dynamics. Add to that a commitment that, where something is built, there is on-going provision for maintenance, by the very people who have been taught to build, and a short-term project becomes a life-time commitment.

In a chronically insecure territory, however, we have continually asserted that such construction work cannot be undertaken by civilian agencies. It must be done by Army engineers, who can fight as well as build, and thus protect themselves.

With that in mind, the obvious stratagem is to train and equip large numbers of Afghan army engineers – and then to mentor them by undertaking joint projects. In the fullness of time, demobbed army engineers can transfer their skills to the civilian sector, as has happened in the UK ever since formal trades were recognised in the armed forces.

One wearies of the whole concept of large forces of specialist infantry, their purpose being either to fight or to carry out endless patrols looking for a fight. When they are not actually fighting, what are they achieving? Instinctively, one see this as wasted manpower. Dual-purpose personnel, dedicated to building but capable of fighting when the need arises, seems a much more productive use of labour.

These are the people we want – they are called Pioneers. The job specification describes the ideal peacemaker:

As well as being trained to a higher level in Infantry skills, Pioneers are also artisans and builders, so once they have built the Army's bases, they may defend them as well. They have a key role on both operations and exercises and can turn their hand to almost any job, including carpentry, bricklaying, fuel handling and JCB driving. A Pioneer's skill at multi-tasking means that their only problem when leaving the Army is deciding what to do.

McChrystal should take heed – bring on the Pioneers.