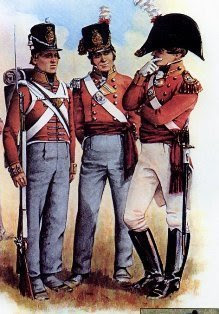 Two days ago, Yorkshire Post columnist Bernard Dineen ventured his opinion on Snatch Land Rovers and the court case to be mounted by families of soldiers killed in these vehicles.

"The Government" and "the MoD", he ventured, are too diffuse a target. "Lawyers acting for the families should instead be suing Gordon Brown personally because he is directly responsible. Five former Chiefs of Staff stood up in the House of Lords and laid the blame on his behaviour during his time as Chancellor of the Exchequer."

This is a classic example of the low-grade personality politics to which we referred in a recent piece, where the media relies on a pre-determined narrative in order to analyse and comment on events, rather than develop arguments based on objective evidence.

Looking at the broader issues, there are more serious problems in the military than the Snatch - or its deployment - and, if we accept that the UK and its military are at a critical moment, then there are two options for dealing with the situation. One is precisely that taken by the bulk of the media, embodied in the Dineen approach – the "route of least resistance". This is to pass blame for all shortcomings onto a lame duck government, specifically Gordon Brown as the embodiment of the government.

That is certainly the view of Major Patrick Little, a recently retired infantry officer and Advanced Command and Staff graduate. His second option, though, is obviously to be preferred. That is for the British Army specifically and defence more generally to turn the critical mirror on itself. This mirror, he writes in the current edition of the RUSI Journal ...

... will lead to an acknowledgement of shortcomings. It will demonstrate unequivocally a willingness to learn, pay the price of failings, and a determination to adapt.

The first of the choices fits a public appetite for blaming this government; it is convenient and follows a well worn military tradition and narrative. The second begins, and only begins, what may be a long and painful journey. It would be deeply uncomfortable for many senior officers – as it should be. It may, if mishandled, deflect some of the blame from government – but this is no excuse for failing in this critical exercise.

These options are contained in a 4,000-word thesis with the heading "Lessons unlearned", where Little offers as his opening gambit, "a challenge for those who share the fear that, behind the façade, all is not well in the British Army and has not been for some time."

The big problem, Little believes, is "the absence of public reflection by the military on what it has done well at and badly at" in Iraq and Afghanistan," in contrast to the US military which has been both receptive and responsive to criticism. This, he argues, led to "a quite remarkable transformation" and a turnabout in almost every aspect of the US Army's performance in Iraq.

Referring to the same absence of informed debate that we have remarked upon, Little also calls in aid John Nagl’s recent comments to Stephen Grey about the British Army: "Until you admit that you have a problem, until you admit that you are not doing everything as well as you can, it's really, really hard to get better."

Adds Nagl: "I haven't seen that same spirit of self criticism in the British Army. That sort of rigorous analysis would be enormously helpful … The British Army which has such a proud history in counter-insurgency campaigns has not done everything right in Helmand Province, did not do everything right in Basra. It needs to think hard about these lessons. I believe it needs to think publicly."

On Dannatt's "frequent controversial comments to the press on overstretch and valuing the nation’s soldiers," Little observes that these will seem to many external observers to represent a useful pressure valve. Equally, he says, the steady outbursts by retired senior officers on similar issues will also come across as not unwelcome. But, in and amongst the noise generated by retired senior officers sounding off about resource shortages, there has been too little equivalent internal reflection on and acknowledgement of command failures within the Army.

Equally, complex decision-making, policy formulation and doctrine writing are under pressure. Documents travel along complicated web-like chains of command, hitting repeated road blocks, and suffering delays. Senior officers are capable at any stage of reversing the advice of their staff. On occasion, this is paralysing and has been responsible for the delays in producing the UK's own counterinsurgency doctrine.

On top of that, there is a command climate in which bad news is routinely camouflaged and where the ability of junior officers to influence a future which they will be inheriting is distinctly limited. It is one described by Tim Collins as one in which "obsequious behaviour by career-conscious senior officers on the ground’ contributes to a sadly muddled picture in Whitehall." That culture is, amongst other things, driving out far too many high quality middle-ranking officers.

Inadequate senior officer performance, notes Little, is a real obstacle to learning and adapting. It plagues the UK military every bit as it does many other militaries.

Part of the solution, he believes, is to invite outsiders to look in, and he wants to see writing on the strengths and weaknesses of British strategy, tactics and doctrine from unique foreign perspectives. The standard of critical writing in military professional journals also needs to be re-invigorated, with the conformism erased.

Most of all though, Little warns that the Army needs "intellectual integrity" – which it currently lacks – in order to survive and succeed in tomorrow's environment. Hiding behind tradition is no answer. In short, if the British Army wishes to recover its former pre-eminence, it must stop evangelising and start reflecting more deeply on the outsiders' view.

From this outsider's viewpoint, I feel savagely vindicated. Recently, I wrote on this blog:

The military, as currently constituted, is a deeply dysfunctional organisation, not least evidenced by its state of denial over its performance in Iraq. It is also one which – as CDS Jock Stirrup admitted in January - was "smug and complacent" about prosecuting counter-insurgency warfare, relying too much on its experiences in Northern Ireland – the lessons of which it did not even apply properly.

It is also a military which, as Stirrup also admitted, has yet to complete a "fundamental reappraisal" of Britain's counter-insurgency training and structures and which, as we have seen recently, seems unable to foster a "spirit of informed debate" when it comes to reviewing its own performance.

Furthermore, despite some reputed high-fliers and intellectual heavyweights in the middle ranks, this is a military that has been unable to come up with a coherent strategy for the prosecution of the counter-insurgency in Afghanistan, is (still) making a complete mess of its equipment procurement and is unable to mesh with US doctrines.

General Sir Richard Dannatt ... has presided over the diminished reputation of the Army of which he is so proud. He needs to look to his own lack of strategic leadership, and his failures to grasp the nettle of turning the Army into an effective counter-insurgency force.

As for the Army generally (and the military as a whole to a lesser extent), it needs to come to terms with quite how much its reputation has been diminished and how much goodwill it has lost – and is losing through the inept handing of the "information war" which is so much part of any counter-insurgency campaign.

The worst is, the longer and deeper the military remains in its current state of denial, blaming anyone and anything but itself for its own shortcomings, the worse it will get. Already, the MoD publicity effort is a parody of itself. The way it is going, the rest of the military will follow, to become a tarnished asset and a shadow of its former glory.

That we get an effective endorsement of this message from an insider is a significant development, and one which needs to be built upon. Crucially, Little wants to see a public debate – and so do we. But this was precisely the message of Ministry of Defeat. So far, the response has not been particularly encouraging. The media "narratives" are, it seems, too firmly emplaced for a real debate to begin.

Little's contribution is another step in that direction. We hope he has more success.