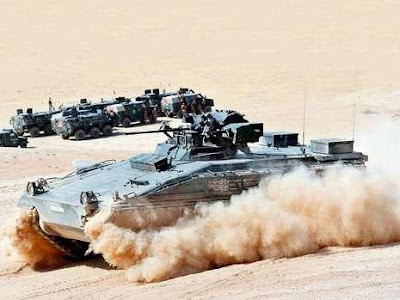 Despite the jibes about the performance of German troops in Afghanistan, they have not been having a particularly easy time of it in Kundus province. And now, clearly, they have had enough of being "Mr Nice Fritz".

According to Bild, German troops have clashed with the Taleban in heavy fighting in northern Afghanistan. A spokesman from the German ministry of defence had confirmed that units supported an attack by Afghan and Nato troops in the Kundus region.

Soft though they may appear to be, it was always a mistake to under-estimate the Germans. For the Taleban though, it looks as if they have had to find that out the hard way.

Mind, the Swedes are also in the firing line. Having skulked up in the north-west corner of Afghanistan as part of the ISAF, and apart from one attack on a soft skin vehicle (two killed, one seriously injured) they have not suffered any casualties.

However, with things hotting up, there have now been several attacks on Swedish troops. Then, with the death of German soldiers patrolling in the same area as the Swedish forces, politicians, the officer corps, etc., are suddenly clamouring for better protected vehicles.

And their vehicle of choice? Er ... the RG-32M, one of the vehicles we turned down in favour of the Panther. And even then, the natives are complaining (machine translation). Just as well they do not have our MoD, or they would still be be using Snatches.