The spirit of informed debate 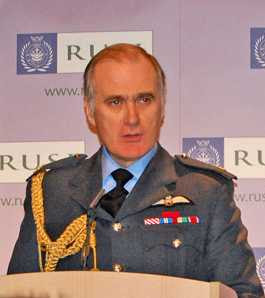 The strategy in tackling the Taleban was right. Nato has failed to provide enough troops or equipment on the ground.

"The problem is that we have failed to resource the strategy accurately", says the speaker. He is then asked whether "that was shifting the blame," only for him to reply: "Nonsense, it's blaming Nato for not resourcing the strategy that it set out in the first place."

That is part of an extraordinary interview with the Chief of the Defence Staff, Air Chief Marshal Sir Jock Stirrup, published in The Daily Telegraph today, taken from the Dispatches programme called: "Afghanistan: Mission Impossible?" It is on Channel 4 on Monday 6 April at 8pm.

Stirrup, as CDS, is of course Britain's most senior serving officer, and if that is what he really thinks, then we are in serious trouble. His argument is both logically and militarily incoherent. Strategy is not formulated in isolation - and certainly not executed in isolation. If you do not have enough resources to implement a strategy, you either wait until you do, or you change the strategy.

In terms of the former, two of the most famous examples are the battle of el Alamein in 1942 and the invasion of Normandy in 1944. In the first instance, Montgomery successfully resisted pressure from Churchill to mount the offensive early, holding off until he had enough men and materiel in place.

In the second, it was Churchill who contained the enthusiasm of the Americans, Joseph Stalin and the British public, all of whom wanted a "second front" in 1943. Had the invasion been launched in that year, it would have been a disaster.

As Britain's most senior officer – backed by his tri-service chiefs – Stirrup has an absolute veto over the execution of military strategy. In the Second World War, even Churchill, known for his "hands-on" prosecution of the war, never over-rode the unanimous view of his military chiefs.

Stirrup blaming lack of resources, therefore, is indeed seeking to shift blame for a failed strategy. The question to him was well put. 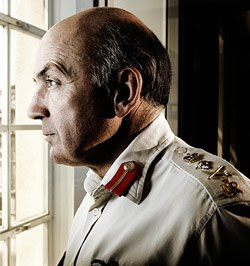 In the programme though, a galaxy of military stars is interviewed, not least General Sir Richard Dannatt, currently Chief of the General Staff, and he is asked to comment on why the polls seem to suggest that both the Afghan population and the British population are losing confidence in the war.

In Dannatt's view, this is the fault of the media. Negative stories are recycled in the media, and "people that only form their views from what they read in the media will take a negative view." I think, he says, "if we could get over a fuller understanding of what actually is going on in Southern Afghanistan where we are making slow but steady progress then I think people will understand more."

They will, adds Dannatt, come to see that the war is necessary and is making progress. It is "increasingly becoming successful in a limited way and that persistence and patience is one of the critical things." With that realisation, he then thinks, "people will further appreciate and understand why we have got to stick at it."

There can be no question that these men, in their own ways, are delusional – if not something worse. If Stirrup thinks the strategy was right, and Dannatt thinks the campaign is "increasingly becoming successful", then they are in the land of the fairies – or lying through their teeth.

Either way, they should not be allowed to get away with it. Their bland – some might say, smug, self-serving and complacent – statements should be challenged in a public forum, argued over and fully explored. And neither is this a sterile, empty exercise. In a functioning democracy, this is how the military is brought to account, forced to take stock and improve its performance. 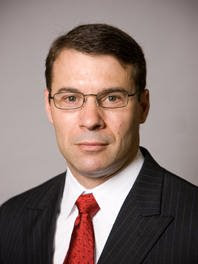 To support precisely that contention, we have a third contributor to the programme, John Nagl, president of The Centre for new American Security in Washington DC and a retired Army officer. Somewhat hiding his light under a bushel with his description, he is in fact regarded as an influential expert in counter-insurgency. What he has to say is damning.

Mistakes are made in war, he says. "The only crime is in not learning from them." In this, he says, the Army was "enormously fortunate" to have had a number of journalists write very critical, very well documented studies of American performance in Iraq.

Amongst those, he cites George Packer’s The Assassins' Gate, Jim Fowler's "Unclear", and a book by Tom Ricks called Fiasco, "that absolutely tore the scab off and forced us to look at how bad our performance had been to date."

Thus, says Nagl, "there is an emerging body of literature that made it really, really hard for us to make any argument that we were doing anything but failing." Crucially, he then tells us that:

... the mid-term elections of November 2006 in which both houses of Congress changed parties were an indication that the American people understood that we were not succeeding. So in the face of overwhelming evidence it became obvious to the US government and to the US Army that we needed to do things differently.

That, beyond peradventure, demonstrates the value of informed and open debate, but Nagl then observes:

There, he has it in a nutshell. That is what is wrong with us. There has not been an "informed debate", or any debate at all. We see the media, the politicians and the political commentators largely avoiding any discussion of the details, while the MoD, the military and the government do their best to shut down any public debate.