The all heat and no light show 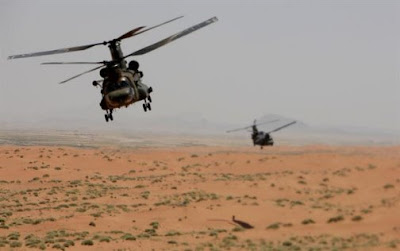 Trying – and dismally failing – to cover even a fraction of the torrent of coverage on Afghanistan that has poured from the media over the weekend, I had thought we might see a slackening with the start of the working week – but not a bit of it.

What we are seeing is what might be called the "political phase" as opposition politicians have had time to absorb some of the details of recent events, confer with their colleagues and advisors, and prepare their own lines of attack, crafting points with which to beat the government.

With defence questions this afternoon, the last before the House rises on 21 July, rather predictably we see Liam Fox – silent for so long - leading the charge, accusing Gordon Brown of "the ultimate dereliction of duty" in his handling of the war in Afghanistan.

Those of us with a slightly longer memory will remember that, when our Liam earlier this year had the opportunity to set out his views in detail about the conduct of the campaign in Afghanistan, and what precisely was needed to ensure success, he was strangely silent, as indeed he was through a subsequent defence debate.

Now, making up for lost time, Dr Fox has decided that the prime minister has "catastrophically" under-equipped the armed forces and is now "resorting to spin rather than confronting the life-threatening reality" that the troops face.

The Conservatives' line is to accuse Brown of attempting to cover up the fact that British troops do not have enough helicopters, which has forced them to travel by road and left them vulnerable to the Taleban's IEDs. Twelve of the 15 British soldiers killed in Afghanistan this month, and three-quarters of those killed over the past two years, were killed by IEDs.

Far be it for us to disagree with the premise that more helicopters are needed in theatre, but Dr Fox is on somewhat shaky ground if he is asserting – as he appears to be doing – that the bulk of the recent deaths arose from the lack of helicopters.

Not least, the five killed from the 2nd Rifles were on a routine foot patrol, and while there may have been some measures which could have eliminated the peril to which they succumbed, the use of a helicopter was not one of them. Given that they were patrolling in the vicinity of their forward operating base, on a fixed and predictable "beat", the most obvious safeguard would have been persistent video surveillance, using either UAVs, mast-mounted cameras or even concealed micro-cameras, the like of which have been used to great effect by US forces in maintaining route security.

Of one thing one can be certain, with the elaborate nature of the ambush prepared, it must have taken some time to set up and it is hard to believe that, had the technology been in place, suspicious activity would not have been detected.

It is ironic, in a way, that while CCTV prevails in this country to keep a largely law-abiding population under surveillance – and to detect such heinous crimes as littering – the MoD has not thought fit to employ the same technology to protect against far greater threats.

The irony of this, of course, seems to have passed by Dr Fox, yet nor can he rely on the deaths of Lt-Col Thorneloe and Trp Hammond to support his thesis on helicopter shortages. A helicopter ride might have saved Thorneloe's life, for sure, but in his absence, someone else would have been in the front seat of that Viking and could well have died in his place – the casualty rate might thereby have been unaffected.

Nor indeed do we know that a helicopter would have been appropriate, as the Lt-Col was going into a combat area and pilots are rightly reluctant to fly into contested areas unless in dire emergency, which clearly this was not. And, as we know from the fate of Captain Ben Babington-Browne, killed in a Canadian helicopter last week, flying is not without its hazards. For all we know, a ground vehicle might have been the most appropriate form of transport.

What we do have a better idea of, however is that if money had not been frittered away on such unwanted extravagances as a Ferris wheel and a "wimmins' park" and instead had been diverted on improving the road network and bridges, the heavier protected Mastiffs or Ridgebacks could have been used rather than Vikings.

Again, therefore, helicopter shortages do not seem to be the issue – as indeed it may not have been with the more recent Viking casualty, Corporal Lee Scot. He had been leading his section of Vikings from the front when an explosion struck, yet another soldier blown apart in that dangerously vulnerable vehicle.

Defence secretary Ainsworth then himself points to the fact that two recent casualties were killed by an IED while dismounting from a Mastiff, circumstances which might lead one to wonder whether this was another of those carefully prepared Taleban ambushes, but again an incident where a helicopter could hardly have saved the day.

Thus, while a more general case can certainly be made for more helicopters, the bandwagon harnessed by Dr Fox is not going in that direction – which suggests that when he raises the issue in defence questions tomorrow – as undoubtedly he will, given an opportunity – he will be slapped down. That will not matter, of course – the propaganda point will have been made and will get the requisite headlines.

Where Ainsworth would be vulnerable - but is unlikely to be challenged by Dr Fox, however – is on his assertion that "extra equipment could not eliminate risk". This is true enough in that nothing can eliminate risk, but there is certainly equipment that could reduce it, whether it is bridging gear, video surveillance cameras, more UAVs or, as we saw with Private Robbie Laws, more and better mine/IED clearance equipment.

What comes over from the current Tory thrust, therefore, is an attempt to distil down a complex situation, where theatre needs are equally complex as well as varied – as indeed are the deficiencies - in an attempt to score political points rather than shed light on the problems.

Much the same can be said of the second line of attack, the "boots on the ground" argument, rehearsed over the weekend by commentators too numerous to mention, not least Gen Dannatt, who gets an enthusiastic "puff" from Brigadier Allan Mallinson (ret).

Again, there is a case to be made for more troops in theatre, to consolidate the "take and hold" strategy, the first part of which has been played out over the last two weeks or so, with the deployment of US and British troops in co-ordinated actions. But that is a different thing from asserting that, during the current actions, shortage of troops has in any way affected the casualty rate. And that pre-supposes that we should necessarily buy into the strategy, and not be looking at alternatives.

Also, conveyed in The Times today is a somewhat "inconvenient truth" articulated by an anonymous government spokesman. He says, "We are losing more men because we are taking the fight to the Taleban and more troops are being put in harm's way. But it is just not true to say that fewer would be killed if more were there. The opposite could be true. Many of our men have been killed by roadside bombs. Having more there would not prevent that happening."

There is some truth in that. With an increasingly sophisticated enemy, constantly probing for weak spots and launching opportunistic attacks, more men can equal more "targets" and greater opportunities to inflict casualties. And then, it is indeed the case that more aggressive action, with forays into enemy-held territory, will inevitably increase casualty rates.

Bruce Anderson in The Independent therefore makes good sense when he writes that casualties are inevitable. "Politicians are sometimes naïve enough to think that battles can be won without bloodshed," he adds. But, "Soldiers know better. There is a phrase, regularly used by Wellington, which soldiers will repeat and which always makes civilians quail: 'the butcher's bill'. Soldiers have been there."

Putting that in perspective, Anderson then states that this does not dispense with the need to keep the bill down. He writes:

War imposes moral obligations, especially upon those who send men into action. If they will the end, they must will the means. In Afghanistan, this would not necessitate vastly expensive space-age technology. It would merely require the basic tools of modern warfare, such as armoured vehicles whose armour is worth something, and helicopters. Without them, we are effectively reduced to Second World War methods.

Actually, it does require, in some instances, "space-age technology", some of it very sophisticated and expensive. Other kit though, is more down to earth, such as well-designed mine/blast protected vehicles. But there is no panacea, no "quick fix" which will remove the risk entirely. Helicopters are part of the mix, but there is much a need for light tactical helicopters as there is for more transports, and for a decent section helicopter, which is not currently available to British forces.

Equally, with the "boots on the ground" argument, more troops per se are not necessarily an advantage, unless there is a clear idea of how they are to be employed, to what specific effect, within the context of a clear strategy and with equipment and tactics relevant to the theatre, which will provide "added value" to the campaign.

Issues such as helicopters thus do need to be addressed, but the questions that need to be asked are what types are needed, in what numbers and for what purposes. The equipment arguments then need to be widened out to address the broad range of deficiencies in theatre – and the quality and capabilities of equipment fielded. Numbers – and types – of troops deployed need to be discussed in the context of strategy and the other related issues.

Simply to distil these complex issues down to a small number of political mantras and slogans is neither helpful nor productive. Yet, despite the torrent of coverage that we are seeing, there is no evidence yet that we are progressing to the point where we are getting past the sloganising and into the beef.

Heat, there is in this debate, but very little light.