No invite to the debate 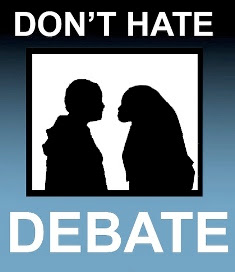 Simon Jenkins takes up the cudgels on defence spending in The Guardian today. When he focuses on specific issues, rather than advocating complete withdrawal of our forces, he usually has quite interesting things to say, and this is one of those times.

His general theme, borne out by the title, "As soldiers die, the MoD is stockpiling for the cold war," is summarised by the strap which declares that: "Defence ministers are too concerned with showing off their military muscle to provide what fighting forces actually need."

We could argue with the details of what Jenkins then has to offer, but not the thrust of his argument, that far too much is being spent on "glamour kit" and not enough on fulfilling actual operational needs.

Jenkins notes that one of problems is that what defence ministries buy has nothing to do with what fighting soldiers need. It is rather to do with what the arms industry wants to sell, illustrating Eisenhower's famous warning in 1961 against "the potential for the disastrous rise of misplaced power … of a military/industrial complex".

What particularly strikes a chord though is his view that, "The opposition performance here is a disgrace," even if the Jenkins rhetoric about "Tory foreign policy still stuck in the neocon mode adumbrated by William Hague during the Bush/Blair years" is not to everyone's taste.

But the fact is that every one of the "big ticket" defence projects proposed by Labour – including FRES – have been supported by the Tory front bench and, as Jenkins observes, David Cameron seems as eager as was Blair not to be thought weak by the defence lobby.

This issue is explored further by James Kirkup on his blog, where he asks, "what exactly are the Tories promising on defence?" He, in turn, refers to a recent article in the Financial Times which has an account of a private dinner between Liam Fox and the defence industry. It records, in respect of the promised strategic defence review, that "…industry executives have privately been assured that this will not lead to big programmes being abandoned."

All rather smells of back-door deals where, it seems, all interests are being catered for, except the defence interest.

Kirkup speculates that, "at best, the Tories are practising a form of creative ambiguity around defence, avoiding a full debate until they make their minds up and put their suggestions to the voters, the forces and the industry." At worst, he writes "they’re saying one thing to one audience and something different to another," adding that "the lack of clarity is a shame."

There is a good and important debate to be had about Britain's military forces and our place in the world, he concludes, and when and if the Tories are clear about their thinking on defence, they'll find there could be significant rewards for a party willing to join the conversation.

We suspect, however, that the current political calculus within the higher echelons of the Tory party leans towards the view that there are greater rewards in keeping defence out of the political arena. In that, it seems that the Tories have something in common with the military. Us plebs should not be invited to the debate.