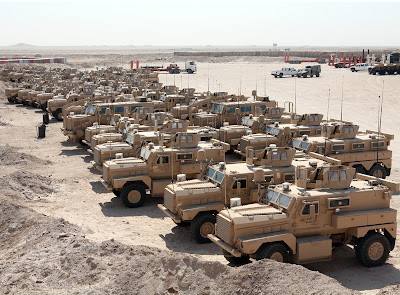 There is no point or value in this blog replicating, or even reviewing the torrent of comment on the testimony of General David Petraeus to Congress yesterday. Those that have an interest will have already formed their opinions, for better or worse, and those who are happy to let the world pass them by will let this event pass them by also.

Perhaps the most interesting observation from commentators, however, came from an observer in the US, half-heard on BBC radio news, who noted that 60 percent of adults in the US did not know who General Petraeus actually was. I suspect you would get a similar percentage here, if anyone thought to ask.

Either way, it suggests that the progress of the "surge" is something more of a "beltway" preoccupation in the US, and an issue for the chattering classes over here. My best guess is that the rest neither know nor care or – and this may even be the majority view – are prepared to give Petraeus the benefit of the doubt, and let him get on with the job.

Of the testimony offered by the General, I found the most striking was a single sentence: "There will be no single moment at which we can claim victory; any turning point will likely only be recognised in retrospect." From that shines not only optimism but the truth. It is encouraging that we have in Petraeus a man who is able to articulate both.

But, in war that has been dominated by a single weapon, the improvised explosive device (IED) – which has been responsible for more than half of the total US casualties since 2003 - Petraeus may be being too modest. The graph above, charting US combat losses from IEDs tells its own story – from an all-time peak in May, the decline since then, as the "surge" got under way, has been precipitate.

Part of the reason for this is the remarkable picture of the top of this post: recent deliveries of Mine Resistant Ambush Protected (MRAP) vehicles – mostly 4x4 and 6x6 Cougars, with a sprinkling of Buffalos – some of the 7,000 or so additional protected vehicles which are on order, the bulk of which will find their way to this theatre.

That picture symbolises the raw energy and determination of a nation which believes it can win, and in prepared to invest in winning – a marked contrast to the British government, which has invested meagrely in new equipment, grudgingly and only when pushed. And, as we remarked before, although many commentators are dismissive about such "toys", their very functionality means that they are a window into the military mind and soul. You can read their minds by looking at their "toys".

Of course, it is not only "toys" that are winning the day, even if these are potent symbols of power and determination - and the outwards evidence of a mindset. Despite all their many, many mistakes, the Americans have been prepared to change tactics, to experiment with the new, to revisit old lessons and, above all, to engage in vibrant and continued debate about the best ways forward.

It was after the Japanese attack at Peal Harbour in December 1941 that Admiral Isoroku Yamamoto is said to have brooded: "I fear all we have done is to awaken a sleeping giant and fill him with a terrible resolve."

On this, the sixth anniversary of 9/11, we see history repeating itself after a fashion – "terrible" it may not be, but the evidence of resolve is certainly there for all to see. Look beyond the posturing of the Democrats, the prating of the BBC and the blathering of that self-seeking band of anti-war campaigners and, in that one picture, you will see the iron in America's soul - a "can-do" nation that has lost none of its energy.

I suspect Petraeus will not have long to wait before his turning point is recognised.