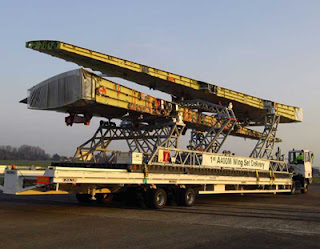 It was only a few months ago – in April - that, with Goebbels-like confidence, the MoD website was proudly announcing the delivery of the first set of wings for the RAF's future transport aircraft, the Airbus A400M. They had been flown to Spain to be fitted to other parts of the aircraft.

There was no mention, of course, that the A-400M programme timetable is seriously slipping. An aircraft which was formally ordered in May 2003 (with the political decision having been made in May 2000), with a projected in-service date of 2011, is now unlikely to reach the Royal Air Force even to meet that relaxed timetable.

Delays were in fact announced in January of this year and, by March, we were remarking that the aircraft looked like coming in late, overweight and short on range and payload – not that you would have got a hint of that from the MoD. 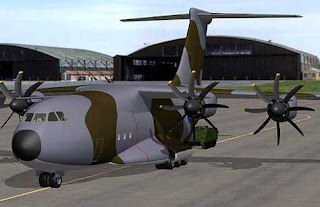 Now, according to Reuters, things have got even worse. The agency's source is France's new defence minister, Herve Morin, cited in the newspaper La Tribune who is predicting further delays arising from a flaw in its turboprop engines.

The French, who are first in line for deliveries - expecting theirs at the end of 2009 – are now resigned to a slippage of six to nine months, up from the three month's delay already admitted. No great detail is being given as to the latest reasons, other than "a flaw related to the engines, which feature the world's largest aircraft propellers."

Interestingly, Morin's comments to La Tribune were part of a longer interview in which he criticised costly projects to build over-sophisticated weapons when cheaper ones would do – a theme on which we have been known to comment occasionally. 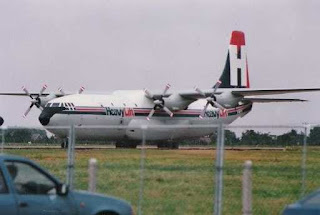 Ironically, when it comes to the A-400M – which is to replace the RAF's shrinking fleet of C-130 Hercules transports (see here, here and here - we did, of course once have an airlifter in some ways more capable than the A-400M, which entered RAF service in 1966. It was called the Short Belfast.

Now, forty years on, we are running short of airlift capacity while waiting on the Europeans to deliver something that might arrive, at this rate, sometime never.