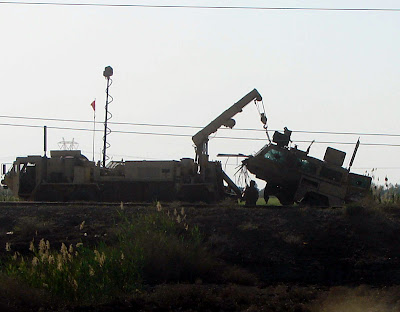 According to The Guardian and other sources, the "explosion"
we reported earlier today, which killed two British soldiers – and injured two others, including the civilian interpreter, while they were patrolling in their vehicle, was a "roadside bomb" (IED). 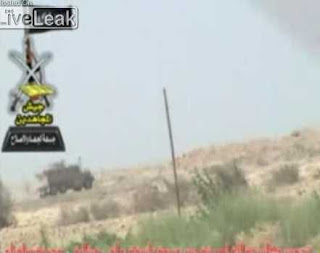 We now have confirmation from the MoD website and that the dead soldiers were from the 2nd Battalion The Mercian Regiment (Worcesters and Foresters). The soldiers from this regiment, according to a recent report, were adding makeshift armour to their own vehicles, in a bid to increase their personal protection.

The fact that it was an open WIMIK yet there were two injured survivors suggests that the blast was not massive. When very large bombs have been used, there tend to be no survivors, even in mine resistant and blast protected vehicles (MRAP). 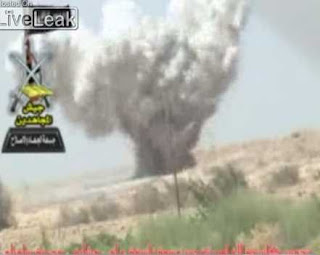 This was certainly the case in July when six Canadian soldiers and their interpreter were killed by a "massive roadside bomb", even though they were travelling in an RG-31. Tragically, the group was travelling on a gravel road, used often by Canadian convoys and considered to be safe.

On that basis, therefore, it is a reasonable presumption that, had the two British soldiers killed in the recent blast been travelling in a MRAP (such as the Mastiff), they would have survived and their colleagues might well have been uninjured. As we have seen, these types of vehicles can withstand an extraordinary amount of damage while still keeping their crews safe – another example is shown (top), this one an RG-31 in Iraq, with the engine compartment blown completely off. 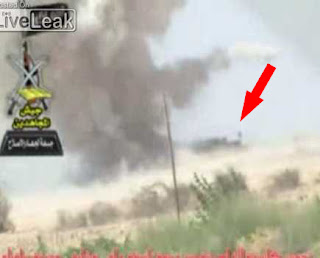 Also shown is another sequence, taken from an insurgent video, where a Cougar is travelling along a road and is caught by a huge blast which totally obscures the vehicle. Before even the smoke has had a chance to subside, though, the vehicle emerges and continues driving unchecked until it disappears from the frame. The bomb does not even slow it down.

On the other hand, the following picture is of a WIMIK which has been hit by a relatively modest bomb, members of its crew being seriously injured. It cannot, of course, be said with certainty that the British soldiers in the current incident would have escaped, but the evidence points very strongly in that direction. 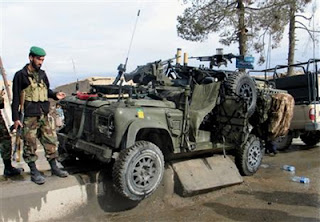 However, given the number of times Canadian, Dutch, US and even German troops have survived mine/IED strikes, while travelling in protected vehicles, the presumption can stand.

Since even relatively minor bomb damage to a WIMIK can accompany serious injuries to its crew, this would support a contention that, once again, the Army has left its troops dangerously unprotected.