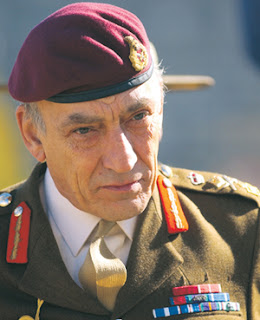 With a book to sell and a six-figure advance to justify, General Sir Mike Jackson, head of the British Army during the invasion of Iraq, has launched a scathing attack on the United States for the way it handled the post-war administration of the country. So, we learn:

The former chief of the general staff said the approach taken by Donald Rumsfeld, the then US defence secretary, was "intellectually bankrupt", describing his claim that US forces "don't do nation-building" as "nonsensical".

Sir Mike's comments - made in his forthcoming autobiography Soldier, serialised exclusively in The Daily Telegraph - represent the most outspoken criticism of American military policy in Iraq to come from a senior British officer.

Yea right, Mikey! And you did such a great job!