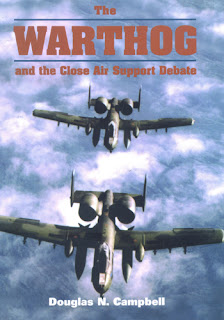 There are few things worse, I sometimes feel, than in the aftermath of an air crash or some other man-made disaster, than the "expert" pundit coming on television, sometimes minutes after the event, who – with minimal information - then pontificates on likely causes (which so often turn out to be wrong).

It would be very easy to fall into the same trap with the recent "friendly fire" incident in Afghanistan. There is a fine dividing line between discussing such incidents in general – and the role and limitations of Close Air Support (CAS) - and speculating on the precise causes of and remedies for any specific incidents.

Considering that this blog has published no less than four posts on the issue, including the one linked above (plus this one, this, and this), I hope we have come down on the right side of the divide, providing a semblance of informed comment without undue speculation.

In order to do so, I have read some of the vast body of literature that touches in one way or another on ground attack, and to a lesser extent CAS, and am now starting to read another superb book, this one by Douglas N. Campbell, called The Warthog and the Close Air Support Debate. Although only a few chapters in, one message comes through loud and clear already, that the so-called "fast jets" are too fast for CAS. They simply do not afford their crews the opportunity of visually confirming their designated target before committing to a weapons release.

The author, as you might expect, makes the case for the A-10, unofficially dubbed the "Warthog" but those who recall the Matty Hull incident might believe that they are also too fast, as the pilot failed to distinguish British markings on a well-marked Scorpion light tank.

One person who shares that view is Tory MP Ann Winterton, who yesterday had published in The Sunday Telegraph a letter headed, "Slower planes would cut friendly fire casualties." 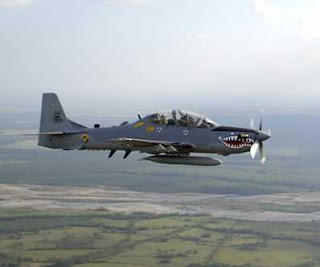 Her view, as expressed, was that, "fast jets such as the F15 are not the answer for close air support in engagements. Aircrews under the command of forward air controllers have to take split-second decisions in which the tiniest of errors could cause a friendly fire incident."

She goes on to add that she raised the issue in a Parliamentary question about the use of light and small propeller aircraft for close combat support – which, indeed she did - and was told such aircraft would be unlikely to meet the Defence Ministry's "demanding requirements".

Her conclusion was that, "the two-seater ground-attack version of the Tucano (the trainer already used by the RAF) appears to be a solution to the problem being faced in Afghanistan today and would give appropriate and safer cover to our troops on the ground than fast jets designed for long-range targeting and high altitudes."

That is precisely the view held by this blog and, what is doubly interesting is that, by coincidence, the paper also published a long eye-witness account from the patrol leader involved in the incident, who relives “the moment a US bomb killed three of his platoon in Afghanistan”.

What emerges from this are three salient facts. Two tend to support the thesis that visual confirmation of the target could well have been an issue. The other could indicate that we are not dealing with a mechanical failure but a targeting error, again possibly supporting the need for final visual confirmation before weapons release. 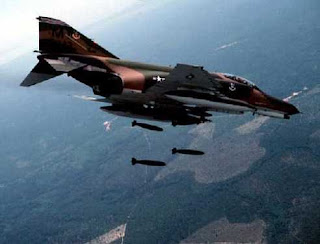 The first of these facts come from the account of the action, where on 23 August 23 with dusk approaching, 100 British troops left their base near Kajaki in northern Helmand. Two hours into the operation, at about 6.15pm, the patrol was attacked by the Taliban with rocket-propelled grenades and automatic weapons.

We then learn that six soldiers occupied a deserted compound while a Joint Tactical Air Controller called in an air strike by American F-15 fighters on the enemy position. Crucially then we find that the three soldiers who were killed and the others who were injured had been on the roof of a building in the compound – which suggests that they could have been visible to an aircraft flying overhead.

This ties in with the second "fact", an observation from the patrol leader who tells the paper that, after the bomb had hit, "I knew immediately that the bomb had fallen short …" What that seem to suggest is that the line of attack taken by the aircraft was from the "friendly" position in the direction of the enemy. If that is the case, then the aircraft would have had a better view of the friendly position than of the enemy positions, thus – potentially at least – affording an opportunity for visual identification.

The third key fact is that the enemy positions being targeted were, according to the patrol leader, either "500 metres away or another at least one kilometre from our position." The enemy was firing from both, he says.

This issue here, therefore, is not one where – as was occasionally the case in VietNam and elsewhere that troops were in close contact, with air strikes being called in to deal with enemy troops as close as 50 ft, which has been recorded. In those latter instances, a slight technical defect in the bomb, a fractionally early release, or a host of other issues, could make the difference between hitting the target or killing "friendlies".

In this case, from the presumed altitude of the aircraft (at around 500 feet), a 500 metre error – with the bomb dropping "short" – arising from a technical fault in the bomb does not, at first sight, seem possible. 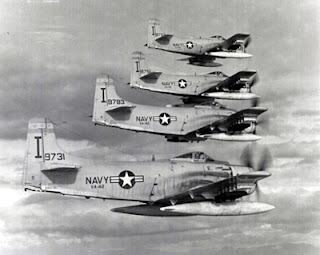 So it is that Ann Winterton calls for "slower planes", a need that has been well-established ever since jets were introduced for CAS in Korea and then, especially, VietNam. There, with a range of fast jets available to the USAF, including the F-105, the F-4 Phantom (pictured above) and the F-5, by far the most effective CAS aircraft was the A-1 Skyraider, a piston-engined aircraft with its genesis in WWII, which first entered service in 1946.

Yet, remarkably, when – according to Campbell - the USAF obsession with fast jets – and their lamentable performance in the CAS role was challenged by a "coalition of lawmakers from the Northeast and influential staff members", who forced upon the unwilling Air force the A-10 "Warthog", they were dismissed by USAF Vice Chief of Staff Robert Mathis as "ignorant or malignant civilians".

With the RAF on the verge of introducing Eurofighters into the CAS role in Afghanistan, nothing much changes.