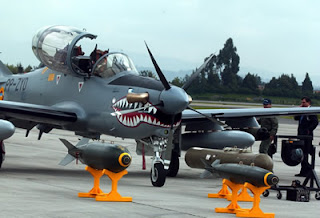 In the print edition of The Sunday Telegraph (but not yet on-line) we are offered an extraordinarily ill-informed letter from a Mr Paddy Keenan, who disputes the claim made by Tory MP Ann Winterton last week that the slower, propeller-driven ground attack versions of the Tucano would help reduce "friendly fire" mistakes.

Writes Mr Keenan, "Put bombs under the wings of a two-seater Tucano, plus all the necessary equipment, and the plane would not get much further than the end of the runway." 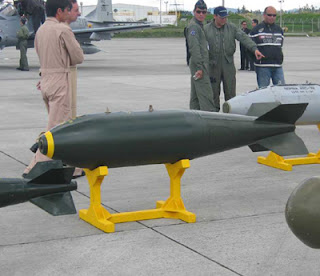 In another section of the newspaper, however, there is Booker who is picking up the BBC Radio 4 Today programme for getting some easily verifiable facts wrong, prompting him to ask, "does Today have no researchers who can use the internet?".

Booker then goes on to call the programme a "Cathedral of ignorance", which could just as well apply here. Checking on the internet – using Google – I entered a search string comprising two words, "Tucano" and "bomb" and, on the first page, came up with three sites (here, here and here), discussing in detail the merits of the Tucano as a COIN bomber. 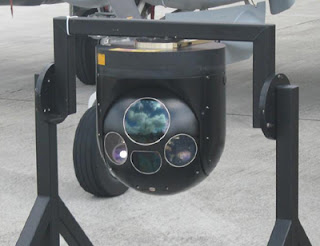 On the third site, there were numerous, high-definition photographs showing the aircraft in its ground attack role. The one shown at the top of this page is a display by the Columbian Air Force, demonstrating the type of ordnance that can be carried.

Other shots show in detail the 500lb standard "dumb" bomb, yet another shows a "Paveway" guided bomb and still another shows the advanced, electro-optical surveillance/targeting turret which we discussed in an earlier post. 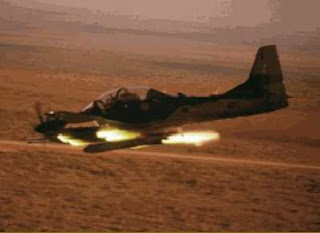 A close look at the aircraft reveals two wing-mounted .50 cal machine guns and another photograph shows the Tucano in action firing 70mm rockets. Another shot shows the extremely sophisticated electronics fit in the aircraft.

The package as a whole adequately demonstrates that this is a mature, highly capable warplane.

The point, of course, is that the letters editor of the Sunday Telegraph is not simply a cipher, charged with cutting and pasting any letter than happens to be sent to him. His role, for a major national newspaper, is to apply his critical faculties to the contributions offered by readers, and to publish those which take the debate forward, or add to human knowledge.

What purpose is served, one might ask, by publishing something which is not only wrong, but so easily verifiable as wrong?