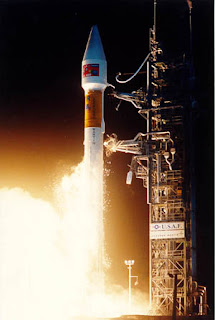 It was just over two years ago that we pick up a report on how president Bush had issued a decree changing US national disclosure policy, upgrading Australia to the highest rank of intelligence partner that the US has in the world.

This unprecedented move brought Australia's status into line with Britain, hitherto the only other country to have such a privileged relationship with the US, and vastly expanded the quantity and quality of US intelligence Australian agencies received.

Now, there is a indication of how that relationship is maturing and developing, with an announcement recorded by Reuters (via Defence Talk) that Australia is considering whether to join the advanced US military WGS communications satellite network.

The news came originally from an executive of Boeing Co., who said that the Australian government was prepared to foot part of the bill for expanding the system of five satellites. The constellation is due to be fully operational by 2012 and, with Australia helping to fund a sixth satellite in the system, it would get full access to the whole of the network, enhancing two-way wartime communications with the United States and increasing the system's coverage and capacity world-wide.

Furthermore, Australia would be the only non-US partner in the network, giving it even better access to the US communications system than is currently enjoyed by the UK. 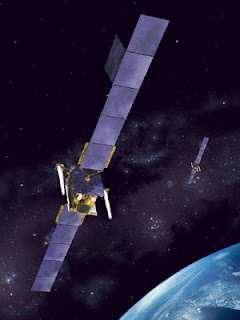 This makes an interesting contrast to Britain, which has gone it alone with the development of its Skynet 5 network of three satellites, a PFI deal fronted by Paradigm, a subsidiary of European aerospace company EADS Astrium.

And, while that deal was originally slated at £2.5 billion – with the contract running to 2018 – it has now increased to £3.6 billion after the MoD was "ripped off" to the tune of £822 million by Paradigm. The Australians, on the other hand, are looking only to a share of the less than £1 billion ($1.8 billion) cost of a sixth satellite.

Much has been made of the weakening of the special relationship on this blog (and the partial realignment of British defence policy with Europe) and the fact that Britain went it alone, but with a European commercial partner, on the Skynet project cannot be construed as strengthening it.

However, such independence – as opposed to Blair's "poodle" stance with president Bush – is often seen as a sign of strength. One does wonder though. We end up with a less capable system, costing more and running into obsolescence earlier, and lose the advantages of a closer partnership with the greatest military power on earth.

There have to be other reasons for the choice – things are never that simple – but on the face of it the Australians, in opting for the Anglosphere, do seem to have got the better deal.