Concern is just another commodity 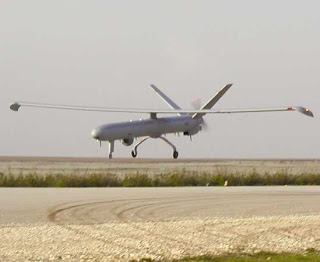 We flagged it up in May and yesterday, four months later, the MoD website officially announced it – the arrival of the Hermes 450 Tactical Unmanned Air Vehicle (UAV) in Iraq.

Unheralded and unrecognised by the popular madia - which is only in the market for bad news - equipment shortfalls and the like - the utility of this equipment is well proven. And, after the MoD's disastrous excursions into UAV design and development, this represents a welcome turn-round. It is a very significant enhancement in the force protection capability for our troops in Basra Air Station – equipped as it is with superb monitoring equipment (pictured below right).

The arrival of these machine is one of several things the MoD have got right – and have been getting right. Their rapid deployment is a testament to the ability of the MoD to move quickly when it is pushed.

Furthermore, not least from conversations with soldier turned journalist Vaughan Smith – recently returned from Afghanistan – (of which more later) we learn that, in the main, soldiers' personal kit is good, their personal weapons work effectively and there are few real complaints at small unit level. 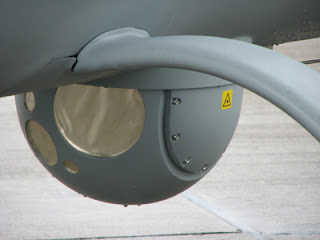 That is not to say that everything is fine – not by a very long way – everyone complains about shortage of helicopters and the state of the vehicles.

But this more balanced reporting is clearly at odds with the picture of unremitting gloom painted by the media, and most recently by The Daily Telegraph in its campaign for welcoming parades for returning troops.

The gloom continued yesterday however, with an authored piece in The Telegraph by Allan Mallinson, author, military historian and soldier for 35 years.

Under the title, "This silence on the Army speaks volumes," he retails a picture of underfunding and political indifference, and even pins on the current administration the "infantry reorganisation" which he complains has been carried out "in the middle of two bloody campaigns like Iraq and Afghanistan".

Yet it was that change which was pioneered by former CGS Mike Jackson, with, as he told Newsnight, the unanimous agreement of the Army Board – and a precursor to introducing FRES, something the media have never understood and have never reported. Of all the things that could be visited on this Labour government, this is not one of them. 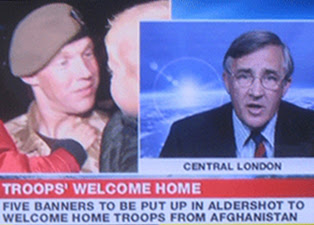 But what makes this whole affair reek of Party politics is the activities of shadow defence minister, Gerald Howarth. Although his major responsibility is defence procurement, his own silence on Army equipment speaks volumes, when there is a quick publicity opportunity to be had, up he pops with a story about he and a local councillor have managed to get the local council to put up welcoming banners – in the Army town of Aldershot.

His and the Conservative Party's concern would have been all the more convincing had they been at all voluble in the campaign for better kit, and Malinson's thesis – which rests on pouring more money into defence – would be that more credible if he was also pushing for better spending decisions. But there is nothing in their style of "debate" which indicates that they have anything other than the most superficial of ideas about how our Services should be managed.

Concern, it seems, is just another commodity, one which can be turned on when there is political advantage to be gained.