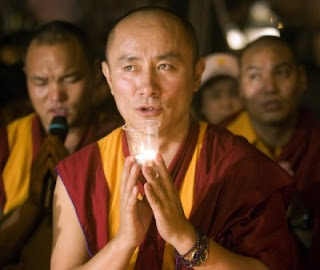 Almost since we first started writing this blog, I have been making the same point about defence spending. The message has been simple, direct, and to the point - "underfunding" is not the issue.

Not only is the MoD is pouring money down the drain, the systemic defects are so profound that merely giving it more money would simply enable it to waste even more money at a faster rate.

The trouble is, I wrote in February last year, that "none of the commentators are prepared to do their homework, to develop their understanding or address any of the real issues in the Armed Forces."

I continued: "Therefore, they are unable to focus criticisms and then ensure that the money that is made available is well spent, and that the machinery exists for ensuring future funds are also properly used." Thus. I wrote:

What evades them is the thesis that we have so often offered on this blog that, to throw more money at the Armed Forces is akin to bankrolling a drunk because he has spent all his money on booze. If the MoD is misspending much of its funding, giving it more money will simply allow it to misspend on a larger scale.

And now, much delayed, we finally see the Gray Review of Defence Acquisition and there we find:

Simply granting the MoD more resources cannot ... solve this problem. More resources will probably lead to more military output, but since the ambitions will also expand and the behaviours have not been changed or controlled, the same problems of delay and cost overruns will reassert themselves at the higher level of funding.

In particular, we pointed this out in May 2007 when the cries for more defence spending were particularly loud. Yet, two months earlier, I had been writing:

What does emerge from this is that money is not always the issue, and despite claims to the contrary, the Armed Forces are not actually short of money for equipment – buying better ... can also mean buying cheaper. Getting in the way though is the determination of the military to buy those increasingly expensive and complex "toys". For the UK to afford to go to war - and win - this process must be reversed.

I then finished off the piece by quoting Ed E. Heinemann, designer of the B-26 Invader, the A-1 SkyRaider and the A-4 SkyHawk. He had said:

The obstacles to any simplification may seem insurmountable, and the reasons for more complexity are many and powerful. But if we permit this Frankenstein of complexity to continue to work at its current plodding, insidious rate, it will slowly overwhelm us to impotency.

Now we see Gray write that, such is the nature of the procurement system that each of the Services feel "a moral obligation to specify the best possible solution given that they will be taking people into harm's way." The result, though, is that each of the Services has an incentive "to bid for as many different capabilities, at the highest level of specification, that it can."

These "powerful motivations" are encouraging each of the Armed Forces to overbid for equipment and underestimate the cost. Equipment plan construction is dominated by a 'bottom up' aggregation process, which makes it hard for 'top down' strategic guidance to control the balance of investment. Effective forums do not currently exist to allow top down guidance to control the evolution of the equipment programme."

He then tells us that, with each force bidding for the highest specification product as a result of the system incentives, "there is insufficient clarity over which systems need to be the most technologically advanced, and which could be used sensibly with an '80 percent solution' that would field a certain capability that could be grown over time."

That and much more, you can fillet from the 288-page report, but the underlying message is the same as that conveyed by Heinemann. We are being overwhelmed to impotency. That you could already have read on this blog. Very little of finds its way into the current media reports, the main focus being on the "estimated budget overrun of £35bn".

That allows Lib-Dim defence spokesman Nick Harvey to observe that the "devastating" findings would have a major effect on future defence policy. He says: "The government has presided over a decade of overstretch and spiralling costs without being straight with the public about the consequences."

No one who had read the report could possibly have come to that conclusion, and no journalist who had done their homework could have accepted that as a sensible or useful comment, but it goes in the BBC report without a hint of criticism.

Tomorrow, of course, the news reports will be history, and all that will survive in the collective memory with be the "£35 billion deficit". The "underfunding" mantra is far from slain, and soon enough, like some ancient order of monks, the chatterati will be resuming their chants, untouched by reality. The "Gray day" will leave no lasting impression on them.