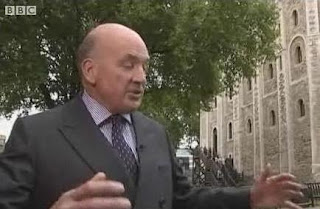 Just as US defence secretary Robert Gates is calling for "calm and privacy" as Obama considers his next move on Afghanistan, across the Atlantic The Sun has chosen to ramp up the temperature, publishing yesterday an interview with General Sir Richard Dannatt, his first since retiring as Chief of the General Staff.

"We are fighting with one arm tied behind our back," says Sir Richard, who goes on to complain that prime minister Gordon Brown had refused "a plea" for 2,000 extra troops earlier this year.

With weary constancy, a Downing Street spokesman has denied Dannatt's charge, claiming that as a matter of "fact" that the 2,000 figure is false. Far from a direct "plea" as The Sun so graphically puts it, "ministers were presented with options" but none was ever for 2,000. The most we were asked for, says Downing Street, was 1,500 (from 8300 to 9800) of which the Army got 700.

On the face of it, there is nothing new in the Sun's story, the paper effectively reducing a retired General to a political pawn (although it is not clear who is using whom - probably a bit of both). The Dannatt view is: "If you're going to conduct an operation, you're doing it for one reason – to succeed." He thus claims that his aim has always been "to make sure we've got the right number of people with the right equipment, conducting successfully the mission the government has asked us to do."

For the moment, that "mission" is to develop a self-sustaining, stable and democratic Afghanistan. Within that, the Army's specific task is to "create a stable environment to enable the Afghan government extend its authority across the country and reconstruction and development to take place" – an extensive brief which is recognisably impossible to achieve within any defined timetable. It may well take generations to achieve.

In arguing that he wishes to "succeed", therefore, Dannatt is being more than a little disingenuous. As best, all the British Army can do – in concert with the 36 other nations that comprise ISAF – is achieve a degree of progress that brings the "mission" closer to completion.

To that end, the Army has considerable freedom to decide on what steps it will take. Senior officers – and especially the chiefs of staff - insist on maintaining the distinction between strategy and implementation, jealously guarding their right to initiate military operations without political interference. They are thus able to define what constitutes "success" by reference to objectives they, themselves, have set.

However – and especially in such a long-term and complex venture such as this – the distinction between grand strategy and the stages of implementation, including the definition of military strategy, is never precise. Dannatt, however, has insisted on a rigid division, not permitting the flexibility that the fluidity and uncertainties of the campaign demand. This has led to tension at the heart of government – and is at the heart of Dannatt's complaints of lack of support.

Shining a little light on this tension is Col Richard Kemp, commander of British forces in Afghanistan in 2003, who spoke at a fringe meeting at the Conservative party conference yesterday.

At the meeting, Kemp argued that Dannatt's public attacks were ultimately harming the military's cause in Whitehall, pointing out that: "It was incredibly dangerous for him to speak out when he was in office. He was a member of the Government team."

His action, said Kemp, "undermined the relationship between the military and the politicians," adding: "It's very easy for generals to point the finger at politicians and blame them, but decisions on defence taken at the highest levels are joint decisions. I don't think the military advice to ministers has always been the very best."

Putting that in the context of Afghanistan, what we have been seeing is the military, with Dannatt as it champion, unilaterally deciding on a level of operations which have required resources far beyond those available, leaving the Army dangerously exposed.

The point – and it is one that has not properly been identified – is that the Army has been dictating the pace of operations, resisting political constraints on their conduct, arguing that any such constitute interference in military operations. Having then created the situations in which the Army is struggling to maintain its momentum, Dannatt has been demanding more resources to complete what amount to self-appointed tasks.

Additional resources, however, have then been used to increase the pace of operations still further, leading to calls for still more resources. This has presented government with the dilemma of either committing to an open-ended cycle of reinforcement or seeking to restrain the exuberance of the military by denying it the resources it demands.

In fact, what the government is now attempting to do – and has been attempting for some time – is institute a bargaining process which it calls "conditionality".

Before permitting additional troops to be sent, it is thus demanding a clearer idea from the Army of its plans, and is seeking to force the Army to match manpower commitments with the flow of other resources – especially protected vehicles and helicopters. By this means, it is trying to restrain the Army's tendency to "crack on". It also wants to see a new Afghan government in place, ready to seize the initiative on corruption, and ready to send more Afghan troops to be trained and partnered by British troops.

What is happening therefore – in effect – is that the Army is being asked to cut its cloth according to the resources available, rather than devise in isolation an operational tempo that outstrips them, creating a need for more.

Refusing to accept this discipline, Dannatt has effectively taken the view that the role of the government is to support him unconditionally in implementing what he and his senior officers consider to be necessary to complete the "mission".

And, having not been goven what he wnats, he has broken ranks and been appealing directly to the media, a process he is continuing even after he has left office. And, having put the Army out on a limb, it is very easy to make what appears to be a powerful case for more resources.

The incoming CGS, General Sir David Richards – although imbued with much the same exuberance as his predecessor – is less inclined to break ranks and more disposed, as a team player, to accept the "conditionality" constraints.

Of course, there is another "player" in this convoluted game – the "enemy". Inconveniently, the disparate groups which have acquired the generic label of the "Taleban" have shown an unwillingness to conform with the strategic role set out for them, with their increased activity and tenacity driving the Army agenda.

But this is where the crucial issue of strategy comes in. Imbued with a conventional fighting ethos, instead of addressing the different and altogether more subtle dynamics of a counter-insurgency – the instinct of the Army has been identify an enemy and then hunt it down and engage it in battle. The presence and scale of the "enemy" has thus dictated the operational tempo and determined the level of resources required.

Enter another "uppity" general, Stanley McChrystal. His "take, hold, build" ideas are by no means new, but he offers the prospect of scaling back the objectives of the campaign by proposing only to take and hold the most populous areas. For that, though, he still feels an extra 40,000 troops are needed.

However, Henry Kissinger, architect of the US withdrawal from Vietnam, perhaps offers another pointer - in the current edition of Newsweek. He notes that military strategy is traditionally defined by control of the maximum amount of territory. That has indeed been the driver of the campaign to date.

But, he observes, the strategy of the guerrilla is to draw the adversary into a morass of popular resistance in which, after a while, extrication becomes his principal objective. In Vietnam, Kissinger recalls, the guerrillas often ceded control of the territory during the day and returned at night to prevent political stabilisation.

Gen McChrystal certainly would certainly agree with the premise that the territory held should be under complete control, but he is perhaps being too ambitious. We need to take a lead from Stephen Grey's precept of doing fewer things better.

One way of doing this was suggested by Major Mehar Omar Khan, who argued that the actual areas controlled only need to be modest. Just a few districts should be held. That is enough to achieve a long-term strategic effect, while also providing bases for the "counter-terrorism" component of the grand strategy.

This is the essence of a "third way" that is being considered in the halls of power, and could well resolve the tension between the militaries and their governments on both sides of the Atlantic. It would relieve the pressure on resources, while giving the military clear and achievable objectives.

First, of all, though, the generals must be put back in their boxes. The politicians must reclaim their lost ground and take charge of the military. Counter-insurgencies are not "wars" and their direction shouild not be militarily-led. They are essentially an exercise in practical politics. The political lead must be re-asserted.