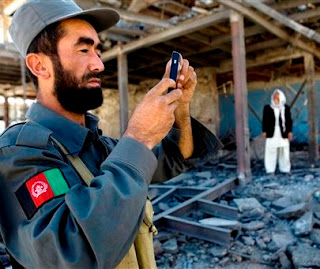 The high-profile attack on its embassy in Kabul earlier this month (pictured) briefly brought to the attention of the Western media the Indian presence in the Afghan capital.

Yet, apart from when Indian assets are attacked, very little notice is taken of what is a major factor in the Afghan "insurgency". India stands accused of using the Afghan conflict to destabilise its old enemy, Pakistan, part of a wider regional effort that includes supporting the independence movement in Baluchistan, and even paying the Taleban to mount attacks on installations in Pakistan.

This issue came to a head yesterday when Pakistan interior minister Rehman Malik directly accused India of creating unrest within Pakistan by funding the Taleban based along the Pak-Afghan border and by interfering in Baluchistan. He went further to say that Islamabad had "solid evidence", adding the information could be shared with Indian ministers or representatives at any forum of their choice.

The Indian media, predictably, dismissed these claims as "over-the-top posturing". They are seen as a diversionary tactic to draw attention away from claims that the Pakistani ISI is funding the Tehrik-e-Taliban, al-Qaeda and other extremist groups operating from its soil.

This is by no means the first time Islamabad has made such accusations, having been arguing the point since 2003. Even last July, Malik was telling his senate that Indian intelligence agencies were running "terrorist camps" in Afghanistan to train Baluchi youths to "create disturbances" in the south western province.

That there should be tension between India and Pakistan is hardly surprising. Between the countries, there have been three major conflicts since 1947 and there is still an armed confrontation across the so-called "line of control" in Kashmir, where only a cease-fire prevails and violations are frequently reported. The latest was last Sunday, when it was claimed that an Indian soldier had been wounded in "unprovoked firing that lasted for some 30 minutes."

Even as of today, India has advised its citizens against travel to Pakistan, citing security reasons, Normally, thousands of Indian pilgrims, mainly Sikhs, travel to Pakistan's Punjab province, home to some of the most revered Sikh sites including the birthplace of Guru Nanak, the 15th century founder of their faith.

The tension is exacerbated by Pakistani intelligence service support for an active insurgency by Moslem extremist groups within the Indian-held area of Kashmir, while the Indian intelligence service, known by the initials RAW, is also active in throughout Kashmir, with the alleged involvement of the Israeli spy agency Mossad. Israel has also become a major arms supplier to India, inflaming Moslem sensitivities.

A politically fragile Pakistan firmly believes that the Indian long-term objective is the dismantling of the Pakistani state, and it looks nervously across the border at the huge 1.4 million-strong Indian army, the third largest after China and the US, comprising 34 combat divisions - with seven of its thirteen Corps poised against Pakistan.

Relations were not improved by the Soviet invasion of Afghanistan, with India, then a client state of the Soviet Union, supported the Soviet action, in contrast with Pakistan, which created and launched the Taleban in opposition to Soviet forces. After the Soviet withdrawal, India belatedly supported the Northern League in its bid to overthrow the Taleban, and has since been an open supporter of Karzai's government, pledging to spend $1.6bn in aid, making it the fifth largest bilateral donor.

The very closeness of that relationship worries Pakistan, which sees India's involvement as an attempt to encircle their country. Says analyst Ahmed Rashid, "India's reconstruction strategy was designed to win over every sector of Afghan society, to give India a high profile with Afghans, gain the maximum political advantage and, of course, undercut Pakistani influence." 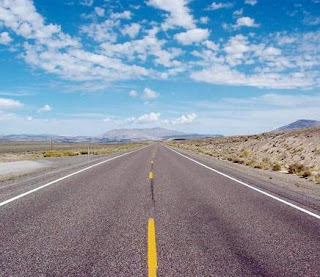 A significant element of this strategy could be construed as "economic warfare", deliberately designed to undermine the Pakistani economy. Thus, when Pakistan announced plans to develop a new deep water port in Gwadar, on Baluchistan's Makran coastline – with significant Chinese investment – India teamed up with Iran on the other side of the border to expand the deep water facility at Chabahar. It is also investing in upgrading the Chabahar-Milak road to the border with Afghanistan (pictured), giving India direct access without having to pass through Pakistan.

Few consider it a coincidence that, while the development of Chabahar and its road links have forged ahead, not least of the problems with Pakistan's Gwadar development has been an upsurge in Baluchi "terrorism", with the Pakistani government convinced that this is both organised and funded by the Indians.

On the diplomatic front too, it has been noted that India has been a powerful player, joining and to an extent orchestrating the now US-led international pressure on Pakistan to undertake military operations in South Waziristan. This is forcing the Pakistani Army to confront its former (and continuing) Pushtan allies, thus incurring the wrath of Moslem fundamentalists, who see the government as a stooge for the US and India.

While it is said that the Indian aim is to sour relations between the tribes and the Pakistani Army, to an extent that the latter refuse to side with it in case of an Indo-Pak war, the ploy could backfire. Rather than simply exert this passive effect, it could energise and unite the tribes. If they then went on to strengthen links with fundamentalist terrorists in south Punjab and even the Moslem population in Karachi, the already weak Pakistani government could fold.

With that, Hakimullah Mehsud, the new leader of the Pakistani Taleban – in what may be a show of bravado, but maybe something more – is threatening a massive escalation. "We want an Islamic state, if we get that then we will go to the borders and fight the Indians," he says.

In a situation that has parallels with the 1947 Kashmiri war, we could see a "free-lance" tribal invasion of India, with the Pakistani Army sucked in to protect their "brothers" when they confront the all-powerful Indian Army, the conflict spiralling into an all-out war.

Even short of that, observers are noting that the increasing Indian involvement in Afghanistan, and its support for liberation movements on Pakistani territory, is "a hurdle in getting Pakistan to fight the Taleban."

Certainly, the suspicion is that the Pakistani Army, in its current operation in South Waziristan, is going through the motions. It has sent in about 28,000 troops to take on about 10,000 guerrillas, a relatively low ratio. According to Javed Hussain, a retired Pakistani Army brigadier, probably only 11,000 are infantry. Instead of a ratio of one to one, he says, the ratio should be at least five to one.

One could suggest that the Army is "aiming to fail". In fact, with the US maintaining a close and amicable relationship with India, and Afghanistan likewise with India, the Pakistan government is more likely, through the ISI, to step up its covert support for the Taleban. In so doing, it will reason that the Taleban's efforts to destabilise the Karzai government, and undermine coalition forces, are a legitimate and necessary counter to growing Indian influence.

All of this tends to put the Afghan conflict in a new light – or, at least, give it a new perspective. As well as the obvious and much documented battle between the Taleban and the Afghan government, supported by coalition forces, there is another "proxy war" being fought out over the same territory, between India and Pakistan.

This, while policy-makers have been widely discussing their "AF-PAK" strategy, the real need is for an "Af-Indo-Pak" strategy. And this has wider implications for any eventual drawdown of coalition troops, and the Afghanisation of the "war". If reduced coalition presence – especially if it is premature – creates a power vacuum, that could be filled by India, provoking a violent reaction from Pakistan.

To that extent, it also adds another strategic dimension to the presence of coalition forces in Afghanistan. There is an elephant – an Indian elephant – not so much in the room, as wanting to come in. It would seem that we need to be there to keep it out (or under control), which then adds a further complication to an exit plan which is already deeply problematical.