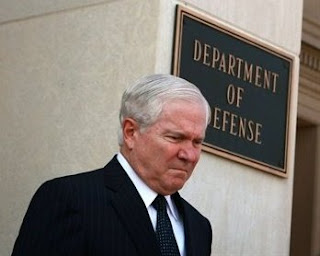 A particularly appropriate observation found its way into the Small Wars Journal forum recently. "Never ask the guy in the fight what the most important objective is, because it will invariably be the guy he is fighting," it said. "Strategy must be derived by those removed from the current fight, otherwise it will likely be skewed more by 'urgency' rather than 'importance'."

The truth of that observation was never better demonstrated than by a flurry of media interest today – by The Times, amongst others – in the views of Staff Sergeant Kim Hughes, a 30-year-old bomb disposal specialist.

He had been asked by defence secretary Bob Ainsworth - who was visiting Afghanistan with home secretary Alan Johnson - what he needed most. "More troops on the ground," Hughes had replied. He said later: "We have lost two guys. More troops are needed on the ground but the same could be said for equipment."

This considered strategic perspective of course mirrors the "opinion" of Gen Stanley McChrystal and, if the Staff Sergeant's comments – or the media's treatment of them – triggered a certain weary irritation in the portals of Whitehall, this is nothing compared with the reaction McChrystal's politicking seems to have triggered in Washington.

According to The Daily Telegraph, the relationship between Obama and his errant general "has been put under severe strain", with the presidential advisors "shocked and angered" by the bluntness of McChrystal's speech in London. Some commentators regarded the general's London comments as verging on insubordination.

Bruce Ackerman, an expert on constitutional law at Yale University, said in the Washington Post: "As commanding general, McChrystal has no business making such public pronouncements." One adviser to the administration, however, said: "People aren't sure whether McChrystal is being naïve or an upstart. To my mind he doesn't seem ready for this." He added that it was highly unusual for a senior military officer to "pressure the president in public to adopt his strategy".

The general is certainly taking more than a little flak in Washington, with Eugene Robinson, an op-ed writer for The Washington Post taking him to task. He is entitled to his opinion about the best way forward, says Robinson. But he has no business conducting a public campaign to build support for his preferred option.

McChrystal's view, Robinson continues - that a strategy employing fewer resources, in pursuit of more limited goals, would be "short-sighted" - is something the White House needs to hear. He is, after all, the man Obama put in charge in Afghanistan, and it would be absurd not to take his analysis of the situation into account. But McChrystal is out of line in trying to sell his position publicly, as he did last week in a speech in London.

McChrystal, in his public advocacy for more troops, seemed to be trying to limit Obama's options. But what we want to achieve in Afghanistan is a political question, and we don't pay our generals to do politics. That's the job of the president and the Congress - and whether our elected leaders decide to pull out tomorrow or stay for 100 years, the generals' job is to make it happen.

For the record, adds Robinson, this would be my position even if McChrystal were arguing for an immediate pullout - or even if George W. Bush, rather than Obama, were the president whose authority was being undermined.

He then tells that, in October 2006, when the chief of staff of the British army said publicly that Britain should pull out of Iraq because the presence of foreign troops was fueling the insurgency - a view with which he wholeheartedly shared - he argued that he ought to be fired. Robinson wrote that he didn't like "active-duty generals dabbling in politics," even if he agreed with them. "If military officers want to devise and implement geopolitical strategy, they should leave their jobs and run for office."

In Britain, though, we not only seem to have Generals and Flight Lieutenants but now Staff Sergeants.

Privately, says Robinson, Obama needs to hear McChrystal's advice. Publicly, he needs to hear one simple phrase from the general: "Yes, Mr. President." US defence secretary Gates (pictured), it seems, also agrees, declaring that US military officers and civilians advising Obama on Afghanistan should keep their views private. "It is imperative that all of us taking part in these deliberations, civilians and military alike, provide our best advice to the president, candidly but privately," he says.

The same nostrum would not go amiss this side of the Atlantic.