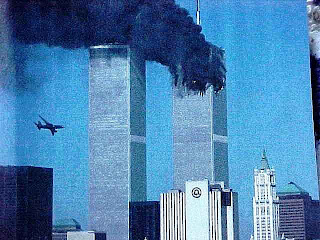 Broadly, we were supportive of the war in Iraq, and felt the counter-insurgency there "winnable". Having invaded the country and deposed its ruler and destroyed its government – rightly or wrongly – we had in any case a moral and legal obligation to restore law and order, and to re-establish the semblance of a working government.

We had and have no such moral – or legal – obligations in Afghanistan. We went there in 2001, after the 9/11 outrage, in support of the United States, an act of solidarity for an old and valuable ally which had been attacked by a vicious terrorist organisation which had gained sanctuary from a corrupt, barbaric, fundamentalist regime in Afghanistan.

We went in to help clear this nest of vipers and, largely, we succeeded. Our actions also brought down the government of Afghanistan, which would have toppled anyway. Had we left then, the country would doubtless have reverted to its barbaric, anarchic state, with small islands of something approaching urban civilisation, in appearance if not fact.

But, in a moment of collective hubris, we – the "international community" -thought we could impose on this wild, ungovernable land the semblance of our governmental system, which we laughingly call a democracy, even though – in this country and the rest of the European Union – we enjoy no such state ourselves.

Bribed by billions of dollars and the promise of many more, the peoples of Afghanistan went through the motions of an election, which resembled but was not a democratic process, and selected a corrupt tribal leader, from a choice of other corrupt tribal leaders and warlords. He then did what any self-respecting, corrupt tribal leader would do – milked the system to enrich himself, his tribe members, his allies, enemies and cronies.

Not even attempting governance or development, this allowed the country to revert to its usual state of anarchy and tribal warfare, compounded by a low-grade civil war which has been ongoing for so many decades that no one can rightly work out when it started, or even care enough to find out.

Faced with what we took to be the progressive collapse of the system we thought we had installed – but had not – in another moment, this one of supreme folly, our then prime minister, soon to be Emperor of Europe – decided to reinforce failure, by deploying a small, ill-equipped contingent of troops, charged with undertaking a task for which they were physically and temperamentally ill-prepared and which, in any case was impossible to achieve.

In so doing, we made a bad situation worse and, at every stage where we have sought further to reinforce failure, we have made it even worse. What was, when we intervened in 2006 a low-grade civil war, has now escalated into a high-level insurgency – of which we are the proximate cause. And now the generals want to break the most fundamental rule of warfare – yet again. They want to reinforce failure, and keep doing so until the cost and the casualties break us.

Thus must stop. And, in the most powerful message we have seen to date, a now former US Foreign Service officer, Matthew Hoh, explains why. As recounted in the British Independent newspaper, in the Washington Post and many more, Hoh's message is summarised. But you can read it in full here.

The document is Hoh's resignation letter, telling us that he has "... lost understanding of, and confidence in, the strategic purposes of the United States presence in Afghanistan." To put it simply, he writes, "I fail to see the value or worth in continued US casualties or expenditures of resources in support of the Afghan government in what is, truly, a 35-year-old civil war."

Like the Soviets, he adds, "we continue to secure and bolster a failing state, while encouraging an ideology and system of government unknown and unwanted by its people." Hoh continues:

If the history of Afghanistan is one great stage play, the United States is no more than a supporting actor, among several previously, in a tragedy that not only pits tribes, valleys, clans, villages and families against one another, but, from at least the end of King Zahir Shah's rein, has violently and savagely pitted the urban, secular, educated and modern of Afghanistan against the rural, religious, illiterate and traditional. It is this latter group that composes and support the Pashtun insurgency. The Pashtun insurgency, which is composed of multiple, seemingly infinite local groups, is fed by what is perceived by the Pashtun people as a continued and sustained assault, going back centuries, on Pashtun land, their culture, traditions and religion by internal and external enemies. The US and NATO presence and operations in Pashtun valleys and villages, as well as Afghan army and police units that are led and composed of non-Pashtun soldiers and police, provide an occupation force against which the insurgency is justified ... I have observed that the bulk of the insurgency fights not for the white banner of the Taleban, but rather against the foreign soldiers and taxes imposed by an unrepresentative government in Kabul.

The United States military presence in Afghanistan greatly contributes to the legitimacy and strategic message of the Pashtun insurgency. In like manner our backing of the Afghan government in its current form continues to distance the government from the people.

Towards the end of his four-page letter, Hoh cites a "very talented and intelligent commander" who briefs every visitor, staff delegation and officer with the words, "We are spending ourselves into oblivion".

Hoh adds that "We are mortgaging our nation's economy on a war which, even with increased commitment, will remain a draw for years to come. Success and victory, whatever they may be, will be realised not in years, after billions more spend, but in decades and generations. The United States does not enjoy a national treasury for such success and victory."

What applies to the United States applies, in spades, to the United Kingdom. This might be a "war" we can win, but it is not a war we can afford to win – much less to carry out a grand, decades-long experiment to see if there is a possibility that we might be able to win.

There is only one conclusion to be drawn from Hoh's letter. We were coming to that conclusion anyway ... we have been veering to and fro, but there is no other answer. We need to get out, as soon as possible, causing as little damage as possible.

But, as we indicated in our earlier piece, there are huge geopolitical implications. But the problems are a matter of high politics, and they need to be solved at that level. They cannot be solved with more "boots on the ground", or "grunts with guns".

Soldiers cannot buy us time with their lives – no amount of lives could buy us the time we need. No longer should it be a question of when, but how we extract ourselves, with the minimum possible delay.