What is this aircraft for? 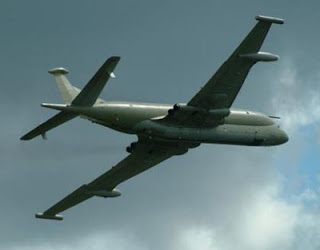 There has been a flurry of coverage on the Nimrod MR2s deployed on operations in Afghanistan, not least by the BBC which was, at times, running the latest fuel leak incident as its lead item on the radio news.

As before, some of the best coverage came from Mick Smith, of The Times, who reported that the pilot of an RAF Nimrod that suffered a major fuel leak while flying over southern Afghanistan on Monday could not get air traffic controllers to hear his mayday call.

But the story was also covered by the likes of The Daily Mail which is of interest in that it added a comment on the role of the Nimrods, stating: "Their real-time video surveillance intelligence is of enormous value to commanders on the ground."

That providing this intelligence appears to be the main role of the MR2s in Afghanistan has led this blog to question, several times why such an expensive asset should be used for such a role, when it could be done by cheaper aircraft, or even UAVs such as the newly introduced Reaper. 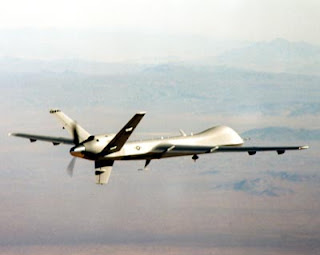 It was that latter assertion which drew a stiff response on the unofficial Army forum with a commentary from a serving RAF officer. One of his substantive points was that Afghanistan "is a big country" and that a Reaper transits at about 200kts. An MR2, however, "can transit considerably faster."

Elsewhere, however, from the same writer we get the comment that "fast jet assets … are particularly useful this respect due to their ability to move around the battlespace rapidly … they lack persistence."

From this, we can infer that the current operational situation requires coverage of multiple sites, for which there are not enough surveillance assets. Thus, such that are available are being used to cover a wide area, overflying different sites in the course of single missions, providing some coverage of each but not available full-time at any of them – hence the lack of "persistence". In that way, the ability to transit rapidly between different sites gives the Nimrod the edge over the slower-moving Reaper.

This raises precisely the issue we have rehearsed on this blog many times – essentially the interplay between quantity and cost. Obviously, for a given budget, the cheaper the asset is to acquire and operate, the more you can afford. On the other hand, higher priced assets mean fewer, which then have to work harder.

Nevertheless, things are never that simple. While assets such as the Predator would have to be purchased de novo, creating additional demands on the public purse, the Nimrods are already on the inventory, bought and paid for. Furthermore, unless they are to be mothballed or written off, they must be flown routinely to maintain crew proficiency, in the event that they should be needed for their primary roles.

On that basis, a true cost-comparison is between the cost of acquiring the new assets (amortised over operating life) plus the operating costs and the additionalcosts of deploying the Nimrods, together with the cost of intensive as opposed to routine operations. That could, of course, change the balance of advantage, which must then be weighed against the utility of greater "persistence".

Even then, there is another factor. Nimrods, unlike the Predators, provide more than just what is termed FMV (full motion video) although our RAF commentator is less than explicit as to what other tasks they perform. The view taken is, "if you don't know the answer to that, you don't need to know."

However, the RAF website is more informative, noting that, in addition to "electro-optic" IMINT (Image Intelligence), the Nimrods also provide "communications support" to coalition ground troops – presumably acting as a flying relay station to keep troops in contact with their operations centres, outside the normal range of their own radios. 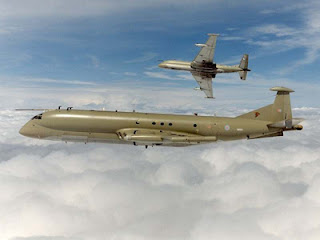 One can imagine also that other functions could be carried out, such as monitoring Taleban mobile telephone traffic and their radio communications, plus monitoring other radio-frequency and infra-red emissions (or signatures) which might give clues to the presence of hidden IEDs. Those functions, though, are more associated with another variant of the Nimrod, the R1 electronic surveillance aircraft, an example of the success of which we recorded last year.

Just to add another complication, while it can be conceded that the additional functions of the Nimrod (whatever they might be) confer added value, it is not necessarily the case that the mission profiles for electro-optical surveillance are compatible with those in which other tasks are performed – i.e., whether the Nimrod performs these tasks simultaneously or separately, at different times in different areas. In the latter event, it might be more appropriate to reserve the additional functions for the Nimrod, and leave the electro-optical surveillance to the Reapers (and/or a combination of other, cheaper assets). 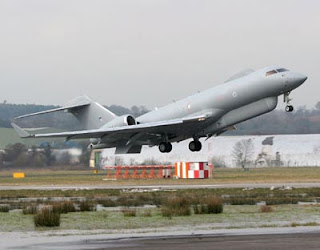 The problem is that, since many of the functions performed are shrouded in secrecy (sometimes needlessly), it is difficult attribute costs to them. Thus, it becomes almost impossible to make informed comparisons between the Nimrods and other platforms – which might also include light aircraft or the long-awaited Sentinel.

However, accepting the military assessment of values – staffed by people whose first concern has never been noted to be cost-effectiveness and who have their own agendas – means, in effect, handing over a blank check. From a more general perspective, this also means that there is no obvious mechanism for democratic oversight of military spending. Nor, under such a regime, is it really possible to assess accurately concerns that the military is truly underfunded (as it will always claim).

Yet, as we can see from US experience, where scrutiny appears to be more thorough, wastage and inefficiencies are not uncommon.

But when, as we also see, the use of the current assets – the Nimrods – appear to be putting lives at risk then, whether the military likes it or not, we are entitled to ask, "what is this aircraft for?".