The devil we know 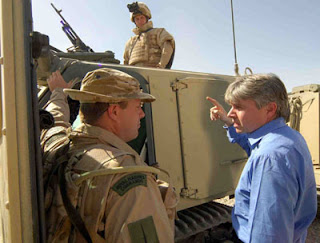 There are two faces to Lord Drayson, the businessman and Labour donor with a questionable past, and now departed minister for defence procurement. The former does not concern this blog. The fact that he has now departed from his post - taking a break from politics to pursue his motor racing career in the United States - most certainly does.

Initially, we have had no great admiration for the man – what we were able to see of his public persona - not least for his immediate reactions to the "Snatch" Land Rover scandal. But those who have worked with the man, speak highly of him and his attempts to bring order to the chaotic state of defence procurement are a matter of record.

We also learned that Drayson became a strong advocate of better armour for our troops in Iraq and Afghanistan, and was instrumental in cutting through the laborious MoD procurement procedures to bring the Mastiffs into theatre quickly. Other much-needed equipment was also brought into service more quickly than it might otherwise have been, but for his intervention.

And although we did not agree with many of his decisions, and in particular his continued support for FRES, as a procurement minister he did at least attempt to justify his decisions in public, breaking new ground by posting his views on this blog’s forum, thus promoting a genuine debate.

From the Right-wing perspective, it is easy to dismiss Labour ministers, purely on tribal grounds, but for some of what he did, we have to concede a grudging approval for Lord Drayson. He was not as bad as he could have been and, in many respects, was considerably better than we might have expected.

That said, the task of a procurement minister is not easy. Procurement is a complex environment where there are no easy choices. The post-holder has to balance the conflicting needs (and wants – which are very different things) of the three Services, the ambitions of the defence contractors, and the political imperatives, all in competition with other spending departments which can often lay greater claim to funding. Thus, it is probable that no procurement minister of any ilk could ever meet with our complete approval. 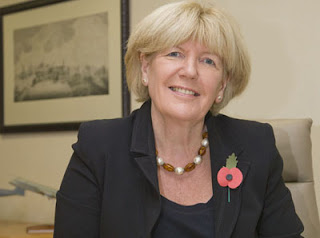 As to his successor, Baroness Taylor she comes with no experience of military matters although she was once parliamentary private secretary to Fred Mulley, who was secretary of state for defence in 1976-77. She was also, most recently, Chairman of the influential Intelligence and Security Committee and has a history of being strongly "pro-war".

Lacking any experience of procurement, however, she will necessarily be heavily reliant of her officials, and on military advice she will be given, not all of which will be good. But, she is a career politician, who knows the ropes and will not necessarily be dominated by them.

We are, therefore, not going to pass judgement on the women before she has had a chance to display her mettle. But we would observe that, at this juncture, where there are many crucial decisions in the offing, we might have been better off with the devil we know.