A lack of imagination 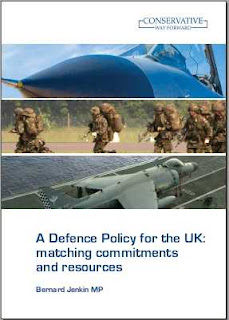 The day after our post pointing out the extraordinary cost of Apache attack helicopters, it is rather ironic that Bernard Jenkin should publish a report on defence policy arguing for the Army to be equipped with more Apache helicopters.

The mountainous terrain of Afghanistan discouraged the deployment of Challenger 2s, and the Army have been much more dependent upon the Apache attack helicopter. When first ordered, many questioned the possible utility of Apache. Despite some teething problems, and their expense, the Apache has proved its worth in Helmand in the fight against the Taliban but there simply have not been enough of them. There is good reason to think that a larger number than the sixty-seven we presently have should be provided to the Army Air Corps although support helicopters are a much more urgent priority.

Now, it is possible to make too much of this, as this is one short paragraph in a 60-page publication, but sometimes small things can betray a mindset, an evaluation of which can permit drawing general conclusions.

With that in mind, if we explore the Apache issue, there is no dispute that this is an extraordinarily expensive machine to buy. With a total acquisition cost, including the training package, in the order of £4.1 billion, this works out in excess of £60 million per machine, almost equivalent in price to the Eurofighter (depending on which estimate you use). Interestingly, it is also similar in price to the AC-130 Hercules gunship, which has proved such a potent weapon.

Another thing about which there is no dispute is that the Apache is primarily an anti-tank weapon, designed for operations in Northern Europe against the massed forces of the Warsaw Pact, where its ability to fly low and slow, using the abundant cover in the region, is an essential part of the survival package.

In using this machine in Afghanistan, therefore, one has to recognise that it is not being used for its original purpose, and that many of the conditions which make it suitable for Europe do not apply in Afghanistan. Given the expense (to say nothing of the extremely high maintenance burden it imposes), there is thus an arguable case for exploring cheaper alternatives that could achieve the same or better effect.

There are, of course, arguments on both sides of the debate – although this blog tends to take the view that a light, fixed-wing turbo-prop attack aircraft could provide a better and far cheaper alternative. In fact, there are good arguments that suggest that light, fixed-wing aircraft will always provide a better alternative to attack helicopters, the latter owing its existence more to inter-service politics than operational imperatives.

This stems from the US Key West agreement (with a similar agreement in the UK), whereby the Army was prohibited from operating fixed-wing attack aircraft and therefore invested in attack helicopters as a way of circumventing what would otherwise be an air force monopoly in providing air support.

The relative merits of different types of aircraft, however, is not a debate that is going to be resolved here, in this post. But the essential point is that there should be a debate, that the different arguments should be rehearsed fully and that, eventually – the sooner the better – an informed decision should be made, on the basis of the issues brought out by the debate.

In Mr Jenkin's paper, however, there is no sign of that debate – no recognition even that there is a debate, or any acknowledgement that there might be substantially cheaper and better ways of doing things. Instead, Jenkin opts for the orthodoxy of pouring more money into a system.

Interestingly, the thrust of his argument is that defence spending needs to be increased by £3 billion a year for the next five years but, if part of Mr Jenkin's strategy is to furnish the Army with more attack helicopters at over £60 million each, even that amount of money will have little impact – on top of all the other things which he wants to acquire.

Something else Mr Jenkin presumably wants is the Future Rapid Effects System (FRES) which, rather alarmingly for someone who is on the defence committee, he calls the Forward Rapid Effects System. He complains that the service date "is slipping back and back" and is "rapidly getting heavier in response to threats encountered in Iraq and Afghanistan."

This leads Jenkin to conclude that "FRES is a bad advertisement for the present system of procurement" because, he avers, "it took so long to formalise a clear procurement strategy for the programme." He then suggests that the FRES programme "may become a victim of the squeeze resulting from the 2007 CSR (Comprehensive Spending Review.)"

Again this post is not the place to rehearse all the issues surrounding the FRES project. Suffice to say that there is an intense debate raging as to whether the original (or any) such concept is valid or even achievable, especially in view of the Army's determination to procure a multi-purpose vehicle which is suitable both for high intensity warfare and counter-insurgency operations.

Again this blog has a view, the essence being that the counter-insurgency roles would be better served by specialist – and far cheaper - vehicles such as the Mastiff, while high-intensity warfare (if we ever find ourselves fighting such a war) could be served by using upgraded Warriors, introducing net-centric capabilities incrementally, as the technology matures.

Here, Jenkin has some useful observations about the nature of future operations, writing:

Internationally, most recent crises, whether in the Balkans or the Middle East, have left the UK’s Armed Forces seeking to suppress an insurgency. Moreover, the main purpose of operations in Afghanistan is to counter al-Qaeda. Although we should never lose sight of the fact that the geo-political climate can change very quickly, the likelihood is that we will see a continued movement away from the kind of major war fought in World War II and planned for during the Cold War. As far as we can tell, the wars of the twenty-first century are likely to be "Fourth Generation" wars against smaller states or non-state actors. Our enemies lack the technology and resources to engage on an equal footing and so resort to "asymmetric" warfare, as we have seen in Iraq and Afghanistan.

Thus he concedes that we are most likely to be committed in the future to "Fourth Generation" wars, for which FRES is likely to be unsuitable and overly expensive.

Once more, this is not a debate that is going to be resolved here, in this post. But, exactly as we wrote above, the essential point is that there should be a debate, that the different arguments should be rehearsed fully and that, eventually – the sooner the better – an informed decision should be made, on the basis of the issues brought out by the debate.

Yet again, in Mr Jenkin's paper, there is no sign of that debate – no recognition even that there is a debate, or any acknowledgement that there might be substantially cheaper and better ways of doing things.

The penalty of such a superficial approach, however, is substantial. Given that FRES is expected to cost – at the very least - £16 billion, and Mr Jenkin is looking for £15 billion over the next five years, the answer to his problem is staring him in the face. Make a case for cancelling FRES and he has all the money he needs without increasing the defence budget.

One more point we have to raise – before this post gets too long – is Mr Jenkin's call for more support helicopters. Apart from the fact that the six Merlins and eight Chinooks are on their way, he also takes no note of the arguments for meeting urgent requirements with civilian contractors. It is not that he dismisses the arguments. He does not even – as before – seem to be aware that there is even a debate going on.

So it is that we draw our overall impression of the paper – tired, staid, unimaginative and conventional, drawing the same wearily predictable conclusions that the answer to all problems in our Armed Forces is simply to pump more money into them. Yet, as a Conservative – and supposedly a right-winger – Jenkin of all people should know, with the experience of the flood of money pumped into the health service and education, throwing money at public services does not necessarily yield proportional (or even any) improvement.

Somehow though – like so many of his colleagues – he seems unable to make that leap of imagination and conclude that the same dictum might apply to the Armed Forces which, despite its special role, is still a public service. And there, in a nutshell, is the central malaise in the Conservative Party and, in my view, the main reason why it has not (and will not) capture the imagination of the voting public.