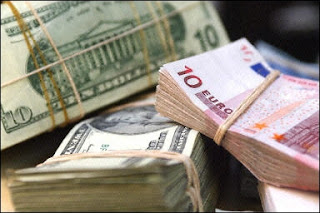 In a piece on the front page of The Sunday Times, Mick Smith writes of an "unprecedented exodus of more than 1,300 officers from the Armed Forces in the past six months …", reinforcing the sense of crisis currently pervading the Armed Forces, about which we have written so much recently.

However, so intense has this issue become that the "crisis" seems to be taking on the characteristics of an archetypal "scare" – with Smith's piece fitting the classic mould.

The way it is done is quite remarkable – the neutral quote offered above, for instance, does not come on its own. It is framed by Smith with the addition of "… amid anger about government cost-cutting and equipment shortages."

Then we are told that, "The number quitting is more than double the rate in the previous 12 months and will add to pressure on Gordon Brown about the way his government is funding the armed services," with the further information that, "Many of those who have resigned their commissions are from frontline units. Most are captains or majors with invaluable experience of battle."

So on it goes, with some choice quotes from serving officers which leaves the readers in no doubt that this is a major crisis and that it is due entirely to the government’s mismanagement of defence.

However, as always, things are never quite what they seem. The British Army is not alone in suffering a retention "crisis" amongst its officers and, recently, the Rand Corporation published a report of their study on the phenomenon in the US. And, although their findings were equivocal in some respects, they found there was no correlation between operational intensity and officers leaving the Service. In fact, in many cases, there was the opposite effect – that the leaving rate was lower amongst officers who were heavily engaged in operations.

Preliminary research in this country, yet to be published, seems to indicate the same thing. But there is another factor, of which we have some anecdotal evidence, to the effect that young officers with battle experience are leaving because they are not being posted on operations.

The point is here that young men join the Army for the adventure and challenge. On operations, they experience precisely what they joined up for. But, after an operation, returning to peace-time Britain, there is a certain flatness, an anti-climax even – especially when the civilian population is unaware of their efforts and, in many cases, unappreciative of them.

For officers, there is a particular problem. As they climb up the ranks, there are fewer opportunities for operational deployment: there is great need for Lieutenants, less for Captains and less still for Majors, and so on.

Looking at the prospect of a two-year posting in Germany or Catterick, with the dreary routine of garrison life but all the disruption of training exercises, courses and other activities that take them away from their homes and families, many officers decide at this stage that Army life is no longer for them.

Of course, there are disaffected officers, and some find the ardours of operations not to their liking. Others are totally frustrated with the growing burden of bureaucracy, which is affecting the Army much as it is the Police. And there are many other social factors, such as wives and partners less willing to subsume their careers to the exigencies of Service life.

Add to that, the torrent of publicity which is telling soldiers their Army is "broken" and that they are suffering from low morale, and some of that rubs off, adding to inherent stresses and dissatisfactions – enough to make the difference in some cases.

If then a passing journalist asks enough officers why they are leaving, they will get enough to express their feelings in the "right" way, sufficient to merit publication to support the narrative. Those who say other things can, of course, be left out.

Nevertheless, that is not to say that there is not a problem. There most certainly is, but some of the factors are not as they are stated by the media and other commentators. Others are entirely outside the control of the Army. But, as social attitudes and pressure change, the Army has to adapt, simply to keep its personnel. Often it does so slowly, but it has a good record of so doing. Moves are afoot to address the specific problems so far identified.

But the fact of there being problems does not make for a crisis – not unless you are a journalist, a politician or an ex-defence chief with an agenda. And when a "scare" is up and running, it is very difficult to counter the narrative.

In analysing any "scare" though, the best advice is to follow the money and ask, cui bono?. Here, journalists are obvious beneficiaries but, quite obviously, there are enormous vested interests in seeing greater defence spending.

Of those whose interests stand to gain significantly is one of those ex-chiefs who spoke so passionately about the Armed Forces in the Lords, none other than Lord Boyce. His declaration of interest shows him to have financial ties with four defence related companies, including WS Atkins plc, which is the system integrator for FRES.

Others of their noble Lords also have financial interests in the defence industries, including Charles Guthrie, yet none of them thought to declare those interests when they made their speeches, as is usually the case in the Lords.

Somehow, therefore, one suspects that there is more to what we are being told than is immediately apparent. But, while this "scare" is running, we are likely to see more heat than light.