Do they protest too much? 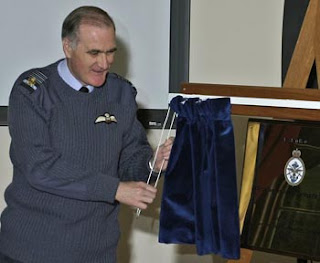 The trouble is that we do not get the transcript of the interview, but journalist Con Coughlin's version of it. This means that the "framing" and general emphasis is dictated by the newspaper and does not necessarily represent the priorities of the interviewee.

With that said, the message conveyed by the paper is that the covenant between the Armed Forces and the British people is under growing threat from the poor conditions and lack of understanding shown to troops returning from Iraq and Afghanistan.

This is the first time Sir Jock has spoken publicly on the issue and he is apparently complaining that "troops who have put their lives in danger on the front line have to accept poor standards of accommodation and a lack of appreciation from the public when they arrive home." And, we are told, "he backs the growing campaign for returning regiments to be rewarded with parades." He is also quoted as saying:

Equally they are concerned the British public does not appreciate or understand what they do. We need to express that a bit more visibly. I welcome recent efforts to do that. We need to have a little more tangible and visible expression of our appreciation.

These pronouncements follow a long line of interventions from former and now current Service chiefs and, so regular are they now becoming, that one wonders whether a point might be reached where they actually might prove counter-productive.

In this, one turns to the general public perception of farmers – an oppressed minority if ever there was one, if only by its own account. In fact, and especially now, farmers – or, at least, livestock farmers, are having an exceptionally rough time of it. But so embedded in the public mind is the vision of the "grumbling farmer" that their complaints have very little impact.

There lies the danger for the military. Undoubtedly, there are some hard cases and there are enormous stresses on certain parts of the military. But the pressures are not uniform and, for many, a career in the Services is a challenging and relatively well-paid experience.

Furthermore, neither are the operations creating as much stress as the media might make out – not as long as regiments are actively competing with each other for deployments in theatre, and individuals actively seek out active service. After all, for many, it is the prospect of such service that many people actually join the Forces.

But the more substantive point is that, if Sir Jock is complaining (or relaying complaints) that we "lack of understanding" of what the troops are going through, perhaps he needs to recall his own interview with The Times in October, where he spoke of the failure of the government, as a whole (military included) to communicate the strategic prospects for southern Iraq.

As we observed at the time, that failure of communication was not limited just to a single episode, which puts us back in familiar territory, the failure of the military and the MoD to communicate effectively with the general public. To an extent, therefore, if we the public "lack of understanding" of what our Service personnel are doing, it is because we are so poorly informed about them. Some of that must be laid at the door of the very people who complain about our lack of understanding.

This is the point we made again in our last piece and, while there are obviously intensive operations being undertaken in Afghanistan, still the MoD has not seen fit to inform us directly of what is going on, and what our troops are going through.

In this "communication age", where the message must in any event compete with the torrent of information and entertainment that assails the public, the military (and the MoD) must begin to understand the reality – that it cannot expect, as of right, that its message will he heard unless it makes it accessible and uses an array of media techniques to rise above the "noise" level.

This may be unfair and unjust, but that is indeed the reality. I suspect that the unmitigated flow of "hard done by" stories without a more imaginative, balancing flow of information might eventually do no more than put the military in the same bracket as farmers.