Money down the drain! 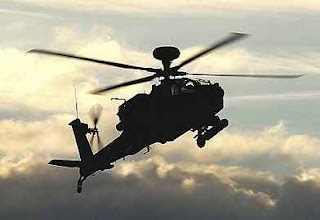 In response to questions raised by the redoubtable Ann Winterton MP, on the costs of operating military aircraft, we have received from the MoD figures which are truly mind-blowing.

Lady Winterton asked for the hourly operating cost including crew time of the Nimrod MR2, the Chinook, the Apache attack helicopter (operated by the Army Air Corps) and the Tornado GR4 aircraft. (Link to follow).

The reply from defence minister Bob Ainsworth, was that the total cost per funded flying hour for the Nimrod was £30,000 per hour, the Tornado £33,000 and the Chinook a relatively modest (by comparison) £24,000. But the absolute mind-blowing figure is the Apache which costs out at a staggering £46,000 per hour.

And yeah, yeah, it is a valuable theatre asset, providing essential air support for out troops, etc, etc. But £46,000 per hour! For that price, you could have nine, yes NINE Super Tucano ground attack aircraft in operation – pilots included. Nobody, but nobody is going to convince me that one Apache is worth nine Tucanos.

At the costs involved in using Apaches, instead of spraying bullets at the Taliban from this overpriced piece of kit (I was going to use another word, which rhymes) it would be cheaper to shovel out bundles of fivers from the back of a Land Rover – with probably greater effect.

Of course, we have already bought and paid for the Apaches, and the cost of purchase factors hugely in the hourly operating costs, but this is still real money. Flying these helicopters uses them up and, once worn out, they are not available for other purposes.

The primary purpose of the Apache is a high-tech tank killer – not rooting out an enemy with assets valued at less that the price of the bullets used, much less the Hellfire missiles at God knows how much. It would be cheaper to put the damn things in mothballs and save them for the tasks for which they were intended, and use low-cost platforms for Afghanistan.

Therein, we have the heart of the defence spending problem – massive amounts of over-priced hi-tech toys, bleeding the Army of resources when assets at a fraction of the price could do a cheaper and often better job. And that brings me to the Nimrod, but that will have to wait for another post.