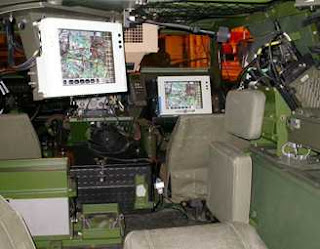 It seems like stories on FRES are like buses. You wait ages when nothing comes and then three turn up at the same time. But this one tells us that the final choice of the FRES utility vehicle – expected yesterday - is to be delayed.

However, according to the official press release, it is not the choice which has been delayed, but the announcement. A "technical recommendation has been produced" and there will now be "a brief period of work to clarify the commercial implications of the proposals". Following that, "one vehicle will be announced as the preferred design to continue through to the next stage of the FRES programme."

The Times, though, is not buying this, reporting: "Army forced into retreat over upgrade to ageing armoured vehicle fleet," with the news that, "The Army's biggest equipment procurement programme … is going back to the drawing board after disappointing field trials."

This is the defence correspondent Michael Evans and he claims that there remained a number of unexpected problems and it was not yet possible to choose any of the three vehicles on offer. This does not tie in with the earlier report suggesting that the Boxer had been knocked out and the Piranha and VBCI were still in the running.

The Daily Telegraph also has a go at reporting events, but its story is left to the business section. It frames the report with speculation that the delay might have something to do with Lord Drayson's recent resignation, suggesting that the delay is the result of Treasury pressure to drive down the price.

From this source, we also learn that the Treasury wants the MoD to look again at the bids, and there is talk within the Ministry that the final contract may be for only 700 to 1,500 vehicles instead of the expected 3,000.

It is thus left to Defense News to offer the most detailed account, but it too speculates about Drayson's resignation, linking it to the choice of vehicle. And it suggests that the delay in the final announcement of FRES may be as long as three months.

But the really interesting information comes from "industry sources" which seem to confirm that MoD "appears to be considering buying fewer vehicles", with as few as 700 utility vehicles being bought, instead of 2,000. Programme costs, as a result, are also likely to be reduced.

This, by any account – and especially in the context of the recent controversy about defence spending – is important news. If confirmed, it will represent a considerable scaling down of what threatened to be a huge white elephant, hampering attempts to get the Army equipped for its priority functions of fighting insurgencies.

Although it will be presented as more evidence of Labour "cuts", as long as it is balanced with the flow of MRAP-type vehicles, the Army will gain rather than lose capacity, especially as the Mastiff is turning out to be a far more potent vehicle than was originally planned.