The Warriors of Kajaki 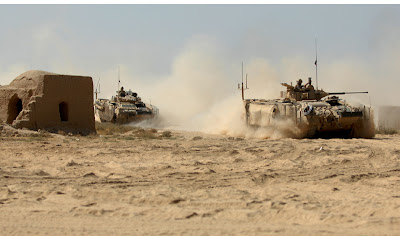 The absence of any sense of purpose, and achievement – conveyed by the Panorama film last night - has been decisively redressed by the MoD this evening, with a robust piece on the Scots Guards and their Warriors, the intervention of whom "make it safe for villagers to return home in Helmand".

This follows on from the piece on 15 October, largely ignored by the media and one which the BBC should have followed up. What Panorama showed was a distortion of events for, while the troops they depicted vacated the ground after their battle, allowing the Taleban to repossess it, as we remarked, they were not long coming back, in force, with the Warriors, to score a remarkable victory. 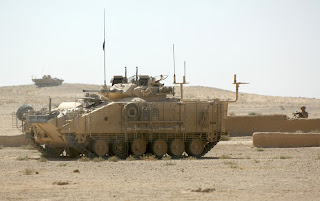 In fact, watching yesterday's film, one could see how the tactical situation cried out for armour and one can therefore easily imagine the decisive effect such assets would have against an enemy equipped only with small arms and RPGs.

Thus, says the current MoD report, "The introduction of this vehicle is credited with enabling the Guards to really get out into the communities safely, maintain the cleared areas and provide reassurance to the local population." It then cites Major Chris Bell, Officer Commanding Right Flank Scots Guards – the unit operating the Warriors - who explained how the work of his troops in clearing ground has presented opportunities for reconstruction. He says:

Civilians are now moving back into the villages and farms in ever increasing numbers. They are starting to grow crops again and are getting back to normality. This is fantastic to see and we will do our very best to ensure and protect so this may continue. 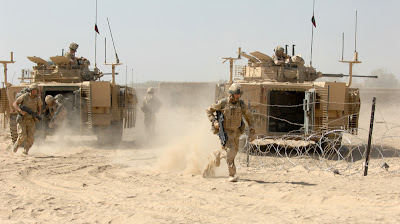 When we first wrote about the Warriors, we remarked on how this was a real success story, with only the minor reservation that it should not have taken so long to get them into theatre and that there should be more of them.

That latter issue was raised by Ann Winterton recently in the House of Commons, in oral questions to defence secretary Des Browne on 22 October. His response, if elliptical, was also positive: 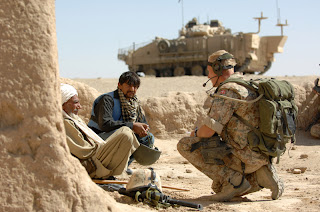 I am grateful to the hon. Lady for recognising that improvement in force protection and the effectiveness of our troops. I discussed that very issue with Brigadier Lorimer on Friday, because it was on his recommendation that we first considered deploying Warriors. No request has been made for additional Warriors from commanders or the military, but if a request is made - Brigadier Lorimer agrees with the hon. Lady and suspects that a request will be made - I will consider it in the same way as I considered the first request.

On balance, that could probably be taken as a "yes", in which case we can look forward to more good news coming out of Afghanistan, and perhaps, this time, the BBC can report it. 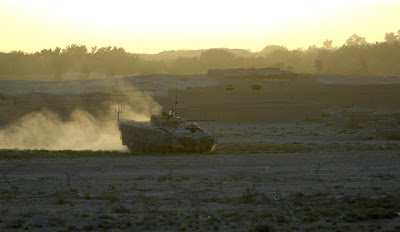 In the meantime, we have obtained some additional, unpublished photographs of the Warriors in action – courtesy of the MoD - which we have published here. Enjoy! (Click the pics to enlarge.)