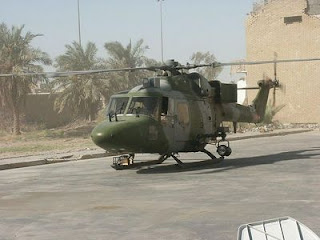 Millions of pounds are being frittered away on operating inadequate helicopters in Iraq and Afghanistan, when more capable helicopters are available at a fraction of the cost. The Army is paying £2.3 million per hundred hours of flying operations, on one helicopter type, when it could be paying £200,000.

This has emerged from a series of Parliamentary questions asked by Tory MP, Ann Winterton, who tabled questions on the operating costs of Army Lynx tactical helicopters compared with Bell 212 (Huey) helicopters, which are also operated by the Army.

According to defence minister Adam Ingram, the baseline costs per hour of operating Lynx Mk7s are a staggering £23,000. This includes both fixed and marginal costs incurred in using the aircraft, comprising servicing costs, fuel costs, crew capitation and training costs, support costs and charges for capital and depreciation.

In addition to that, costs are incurred as a result of the operational use and particular climatic conditions experienced in theatre. These costs cover additional wear and tear, additional spares and additional equipment and are paid for by the Conflict Prevention Fund. A total of £11 million has been claimed against the fund in financial year 2006-07 for additional operating and capital costs for Lynx Mk7's operating in Iraq, of which six are believed to be in service.

By contrast, the cost per hour of operating the Bell 212 helicopter (pictured below), which the Army uses in Belize and Brunei, is a mere £2,000. Furthermore, this is the total cost, as the machines are provided through lease contracts and are not owned by the MoD.

As to performance, although the Bell 412 is based on the Vietnam era Huey, it has been substantially upgraded and was selected specifically by the Army because of its - according to the Army Air Corps's own website - "unique abilities include flying in hot and often humid conditions whilst also being able to carry considerable loads." That includes the ability to lift up to 13 troops.

By contrast, the Lynx is an aircraft optimised for high speed anti-tank operations in temperate Northern Europe. While it once held the world speed record for helicopters, it performs poorly in hot and high conditions – either or both of which are found in Iraq and Afghanistan. In both theatres, there are times when it has been unable to operate between dawn and dusk, leaving troops without air cover. Additionally, as opposed to the 13 troops that the Bell 212 can carry, the Lynx is limited to nine. 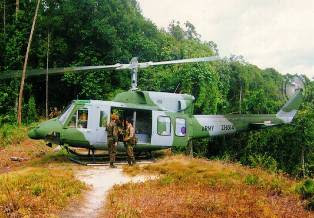 Overall, the cost differentials are staggering. For a typical flying profile of 100 hours per month for Lynx Mk7s, the Army is paying £2,300,000 for each machine, when it could be paying £200,000 to operate a Bell 212. Annualised, this works out at £27.6 million for each Lynx, equating to £25 million more than operating a Bell 212. With a fleet of six Lynx helicopters in theatre, this works out £150 million in unnecessary costs, on top of which there is the £11 million Conflict Prevention Fund payment for the Iraqi fleet alone. Potentially, the Army could save over £160 million a year by leasing Bell 212s in Iraq or, more importantly, could operate 100 of these aircraft and still have change.

As we pointed out as recently as yesterday complaints of "underfunding" have been a constant refrain in the defence debate. And, while we would not disagree that there are serious shortages of funds in some areas, the answers to these questions reinforce our argument that we are not always getting value for money.

In the continuous pursuit of more complex machines, we actually end up getting less capability at considerably greater cost. We need, therefore, to reframe the debate and look in more detail at what we are actually getting for our money.