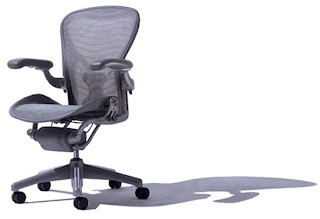 According to Reuters, defence secretary Des Browne has "castigated armchair pundits" who criticised how the naval personnel behaved. He is said to have told Sky News, "We ought to be very careful about commenting from the comparative comfort of wherever we are, when we are not out there on operations, about decisions that operational commanders and other people make."

This of course, is the line the military often takes, thus arguing for a license to do whatever they deem fit, whether competently or not, free from the inconvenience of being held responsible for their actions.

The killer phrase is more usually "armchair general", although "pundits" will serve. This is calculated to defuse criticism, especially from "gobshite civilians" whose role in the greater scheme of things is to pay the bills (such as for transporting 15 marines and sailors from Heathrow to Devon in not one but two helicopters ... how much did that cost, I wonder?) and keep their mouths shut.

When it comes to comfort and "armchairs", however, we would have a long way to go to match the splendour of the MoD.

Amongst other gems in their £2.3 billion head office refurbishment, was the purchase of 3,100 luxury Herman Miller Aeron chairs — the kind used by David Dimbleby on the BBC's Question Time — which have been described as "the most comfortable office chairs in the world". The cost is reputed to be more than £1,000 each, and not a few of these will be polished by well-upholstered uniformed rumps.

And dare we wonder what sort of chair Des Browne has in his office?