The Anglosphere helps out 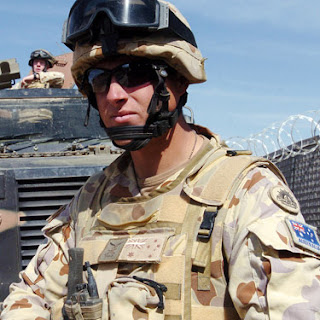 Putting European nations to shame which, with the exception of Poland have refused to provide any more troops for combat in Afghanistan, Australia has stepped up to the plate with an announcement from prime minister, John Howard, that Australian troop numbers are to be doubled, bringing the total to about 1,000.

The troops will be sent to the volatile Oruzgan province in the south of the country, their task to enhance the area's security and disrupt Taliban command and supply routes.

Interestingly, according to another report, the force includes 300 special forces troops, returning for a second tour, and Australia will also send air force radar crews to Kandahar, plus extra logistics and intelligence officers. It will also extend the deployment of a team providing protection and security.

Air Chief Marshal Angus Houston, the Australian Defence Force Commander, said the special forces would hunt Taliban commanders. "Essentially their operations will be targeted on the Taliban, disrupting Taliban operations and going after the Taliban leadership," he said.

In his press conference at which the announcement was made, Howard aimed a none too subtle dig at his European allies, "We're not losing the war, but we will not win it without renewed and increased effort," then expressing a wish that some European countries would place fewer caveats on their troops' deployment.

His pleas are likely to go unheeded.