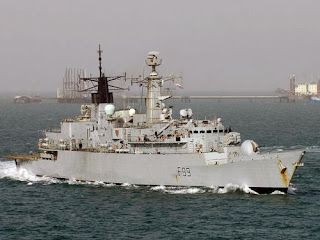 It all started here on 23 March when HMS Cornwall, known as the "ice-cream frigate" from its F99 pennant number, despatched a mixed Royal Navy and Royal Marine boarding party in two Rigid-hulled Inflatable Boats (RIBs), escorted by a Lynx helicopter. Its task was to inspect an Indian-registered freighter moored in the shallow waters of the Northern Arabian Gulf (NAG), not far from the mouth of the Shatt al Arab waterway, between 8 and 11 miles distant from the Cornwall. It was not to return.

Today, the first available opportunity for him to do so, the secretary of state for defence, Des Browne, made a statement to the House of Commons on the event, and the issues relating to it. If we were to believe the hype, largely whipped up by a Conservative Party opposition looking for political scalps, Browne's job was on the line, wholly dependent on his performance on the day. It was not to be. 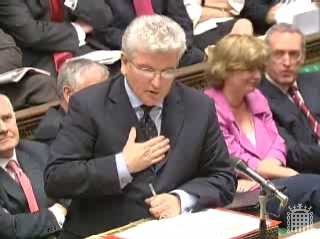 "Let me be clear with the House, I made a mistake ... something I profoundly regret," said Browne.

Getting stuck in, he told the House that payments must not happen again. On the capture, the Governor General of Gibraltar, Major General Rob Fulton, Royal Marines - former Commmander of the Royal Marines - is to head an inquiry. It will take six weeks and will be presented to the Parliamentary Select Committee in full. Browne is also asking a small team to look at the media handling, led by an independent figure with wide media experience. 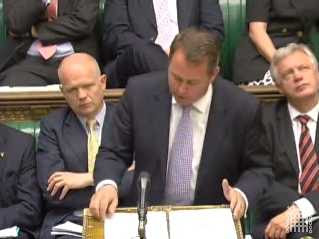 Fox responded, asking some operational questions but, as expected, spent most of his time asking about the media handling. But, he bottled out of asking for Browne's resignation. His position was "becoming untenable", was the best he could manage, suggesting but not demanding a resignation. This was to be Fox's "big moment" but it was empty rhetoric. Browne apologised but the opposition wanted more - it wanted the "S" word. They wanted it, they got it. Browne said he was "sorry". The Fox was shot. 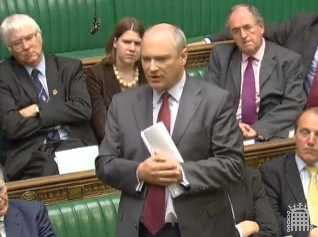 Nick Narvey, for the Lib-Dems, formerly the "opportunist party" came in behind Browne, declaring that the central issue was why the boarding party had been captured - the statesman that Fox wasn't. That was the real issue, he said, not the payment for the stories.

Malcome Rifkind questioned the conduct of the captives and asked whether the Browne was taking action to discover whether the personnel had been given adequate training. Browne responded by stating that all but one of them had been given the appropriate training. But, the view of experts in interrogation was that the captives behaved "well within the appropriate bounds". There was no legitimate criticism to be made of these young people and the way they were opportunisticly exploited by the Iranians, said Browne.

Robert Key stated the real losers of this are the men and women of the Royal Navy, who are hanging their heads in shame. He wanted Browne to confirm whether the Second Sea Lord had tendered his resignation. The answer, which Browne used several times, was: this does not help my accountability to this House.

The view is that Browne has handled the statement well and the opposition have scarcely laid a glove on him. Appointing Fulton was a master-stroke, a man who commands immense respect. No one will be able to complain of a cover-up, and the commitment to give the full report to the Select Committee was precisely right. Parliament is seen to be at the helm.

The full statement is now up on the MoD website. There can be no complaints about the scope of the operational inquiry. It will cover all operational aspects, including risk and threat assessment, strategic and operational planning, tactical decisions, rules of engagement, training, equipment, and resources. On Wednesday, during prime minister's questions, Cameron has nowhere to go.