We were not wrong 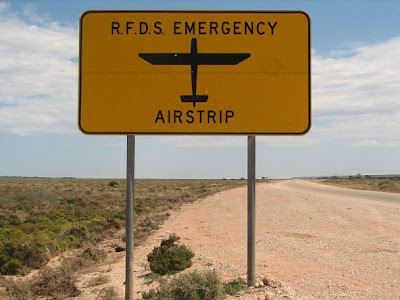 Very nearly two years ago, I wrote a piece about the Tucano headed: We are not wrong. This is how the piece started:

Anyhow, further down the line, it looks as if the Navy SEALS agree with us. We were not wrong.

Furthermore, if DIFID and the FCO could get their fingers out, and paid the Army to build some roads – instead of funding Ferris wheels - these aircraft could be even more useful. What they need to do is emulate the South Africans in their own bush wars. Then, they built lengths of road – and bridges – in such a way that they could be used as temporary landing strips (take the sign away in the pic and you get the drift).

A flight of aircraft could land on any one of these strips, accompanied by a STOL transport carrying supplies – or meeting a supply convoy – fuel and re-arm and then wait, close to the action, until needed. Pilots often lived out in the bush with their aircraft. And, with so many strips available, there was no way the nasties could predict where they would land. There was never any need to use the same strip more than once in any operation.

With a little bit of imagination and determination, there are very few problems that cannot be solved, and light turbo-props are a cheap and effective way of enhancing the force mix. But, these days, it's much easier to find excuses for not doing something – and then spending billions on not solving the problem.