The truth begins to emerge 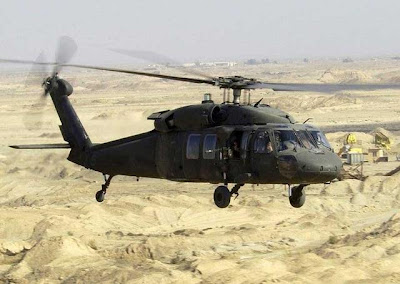 Now it is the Observer's turn to pick up on the details that we've been running on this blog and DOTR for months, most recently here, here and here. I suppose I shouldn't keep saying, "you read it here first," but you bloody well did.

Defence ministers, we are told spurned three separate deals to buy American Black Hawk helicopters which would have helped to plug the dangerous shortage facing British troops in Afghanistan. The most recent rejection came only days ago, "the Observer can reveal."

The ministers are, of course, acting under the advice of their officials and the military. And there is only one reason why the Blackhawks are not being bought. There is not enough money to buy this (cheaper and better) helicopter and that pile of over-priced garbage otherwise known as Future Lynx so if the Blackhawks were ordered, the Future Lynx was junked.

The Army – as we have already said – blocked the Blackhawk because it is too heavy for the Army to fly. Under current arrangements, the RAF would operate them. The Army loses is organic utility helicopter capability – bye, bye Army Air Corps. And the Colonel Commandant of the AAC? Mr Saintly Dannatt, who made keeping the AAC more important than getting capacity into theatre.

We must remind readers that he had a lot of support – the lobbying has been ferocious on this, from across the board. Had ministers ignored their officials and Mr Dannatt's orchestra, there would have been the mother of all political rows, and the media would have pitched in ... on the Saintly Mr Dannatt's side.

Instead, having already pulled a fast one with the Merlin, the officials told the ministers to go for the only other option on which the Army and the RAF would agree - refurbishing Pumas. They should, perhaps have rejected the advice but hey! The narrative is that ministers should take the advice of the military.

So it is the Observer tells us that "under the initial offer from Connecticut-based Sikorsky in 2007, 60 Black Hawks would already have been available for British forces in Helmand province, where they have sustained heavy casualties from roadside bombs in their renewed offensive against the Taleban."

Yea ... and where was the media then, while an unpaid blogger has been doing the running? Where was the Tory opposition? Er ... lobbying hard for Future Lynx.

And then we have bandwagon rider extraordinaire James Arbuthnot, chairman of the defence committee, whose report last week "condemned the Puma refit" and expressed concern over its "poor survivability" in combat. He says: "The Black Hawks are extremely good, they could be acquired in large numbers and the cost of running them would be low." So why didn't he recommend getting them in his report last week?

Answer, there will be none.