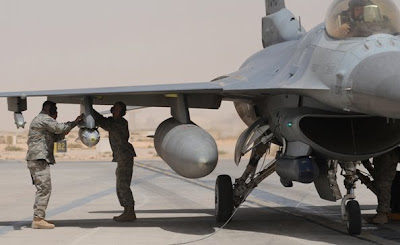 The US, for all that the Taleban played a major part in confusing the issue, got it wrong in early May when it launched a series of airstrikes on compounds near the village of Granai in western Farah province.

Despite the recent savagery of the Taleban, killing 25 people, including at least 15 school children, in a bomb attack in the central province of Logar, the Americans have belatedly realised that their killing of Afghani citizens is doing significant damage to the "hearts and minds" effort.

Thus, one of the first moves by newly appointed Army General Stanley McChrystal was to issue "revised guidelines" on the use of air support, telling commanders "to scrutinize and limit" air strikes against residential buildings and other targets that are "likely to produce civilian casualties." Such injuries and deaths, he says, can "turn the Afghan people against us."

According to The Times, this has had a significant effect. Since the guidelines came into force the proportion of contacts that resulted in calls for close air support has dropped from 35 percent of all engagements to 17 percent.

Since the US provides in the order of 90 percent of fixed-wing air support for British operations, this tighter control of air power will inevitably impact on our forces, with fears that this will result in a higher mortality rate amongst our troops.

This has been picked up by the British media, notably The Daily Telegraph which choose to focus on the negative, declaring: "Troop deaths are a risk worth paying, says Nato leader in Afghanistan."

The line here is that McChrystal believes that if civilians began to support the Taliban, it would make the war unwinnable. "In the long run it is more economical in terms of loss of life to operate this way because we can gain the support of the population," he thus says.

Putting that in perspective, he adds: "We want to protect the lives of civilians, but I believe that risks we accept now save coalition soldiers in the long run. If you create antipathy in the population, you are going to create more insurgents."

The Times focuses on that particular aspect, headlining its report with: "Troops in Afghanistan could defeat themselves, says new commander."

It has McChrystal "determined to end the costly bombing errors that he believes have threatened the entire success of the Afghan". It then has him saying: "The Taleban cannot defeat us militarily, but we can defeat ourselves ... We will not win based on the number of Taleban we kill, but instead on our ability to separate insurgents from the centre of gravity — the people. Following this intent requires a cultural shift within our forces."

His own fighting philosophy, we are told, is unwavering. "One thing I would want the British public to know," he says, "is that there are multiple ways to do this and one of them is to use overwhelming firepower."

"We could use artillery and airpower and that would do tremendous damage to the infrastructure and cause a tremendous number of civilian casualties — and in so doing we would probably seal the fact that we would lose the fight over time, because we would convince the Afghan people that no matter what we said, we are not much concerned about their wellbeing."

He adds: "Even if all our good intentions say we are here to save them it goes back to the old cliché of 'we destroyed the village to save it'. If you own the village you feel differently about that. If we operate in a way that creates damage or that actually, God forbid, kills innocents, it is pretty hard to see how the population could do anything but associate our arrival with something that hurts them."

The Times notes that, during the summer of 2007, British and other Western forces operating in Helmand called in an average of 22 tons of bombs per month - almost half the bombs that fell on Afghanistan at that time. Some of that dependency on air power, it says, would appear to have come from the under-resourcing of the British mission.

It is certainly the case that there is a tendency to over-rely on air power, not least by sending out poorly supported or ill-equipped detachments which need air support to enable them to extract if they are confronted by a sizeable number of Taleban.

Elsewhere, we have argued precisely that point, also arguing for the greater use of heavy calibre mortars, a point that is taken up on our forum.

With developing technology, there is also becoming available laser-guided mortar bombs which give ground commanders their own "surgical strike" capabilities over a range of nearly eight miles. With newly available, high performance mini-UAVs commanders can have their own air surveillance, giving them the capability to adjust and direct fire, offering a genuine alternative to air strikes for certain operations.

Even under the current state of art though, it is interesting to note the comments of a serving US soldier who noted that "the Air Force could never hit small groups of personnel." He watched and called corrections on numerous sorties and they could never hit the targets. "My verdict," he concluded, "is if you want it killed use you mortars."

On balance, therefore, it is probably fair to say that, with an adjustment in tactics and the better use of available weaponry, fears of increased casualties through a more restricted used of air power need not materialise.