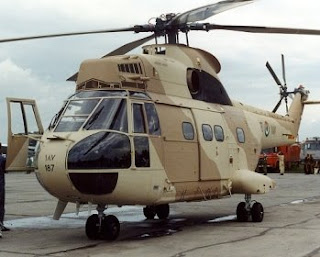 Such is the overwhelming fog of impenetrable distortion that, at times one is tempted to walk away from the Afghan War issue, perhaps to write an earnest piece about wind farms and energy policy – or a careful analysis of Booker's column, which indeed I must do later today, if only to express my horror at the events he reports today.

What impels one to continue – I suppose, because I don't really know why I invest so much time, energy and emotional capital into this, when I have more pressing things to do - is perhaps because of an overpowering sense of injustice, and an equally powerful sense of a story that must be told, for good or bad.

This is particularly provoked by a piece in The Sunday Telegraph today, headed: "Labour at war over Afghanistan." It makes the highly tendentious claim that, "Labour is bitterly divided over defence spending as the Government's Afghanistan policy suffers a series of fresh setbacks."

One point must be addressed immediately – the rest later in this post. Labour is not at "war" over Afghanistan, not in any sense that this mischievous headline implies. It is basing its assertion on a single strand, comments by former defence secretary John Hutton who, for reasons of his own, has chosen to write "exclusively" about Afghanistan for The Sunday Telegraph, calling for more troops and helicopters.

One should also note, that Hutton – whatever arrangement he might have had with The Sunday Telegraph - Hutton has also allowed himself to be interviewed by The Sunday Times where he "breaks silence to fight for the generals".

With this, there is clearly an element of calculation, which fits ill with Mr Hutton. If he cared so deeply, then he might perhaps have stayed in his post instead of quitting after a mere nine months, and fought from the inside. Instead, he walked out at a critical juncture, a decision he had made well before the current controversy reared its head.

Mr Hutton's current pitch, though, is that, "When it comes to the numbers and the equipment it is absolutely essential politicians listen to advice from the military. Politicians must not become armchair generals. They must make decisions based on clear military advice."

Matthew Parris put this in context yesterday, warning us that the politicians should not defer automatically to the generals. Furthermore, Charles Moore reinforced this theme, writing in his column:

And do remember that our top brass, patriotic though they undoubtedly are, are also engaged in inter-service rivalry. It does not hurt the Army, losing money to the Navy's carriers, to protest that it does not have enough for Afghanistan. Just because you don't believe a minister, don't automatically believe a general. Ministers have to adjudicate between competing claims: it is not easy.

So doth Hutton say that politicians should listen to advice from the military. Indeed they should. But that does not mean to say they should take it, or that they should not listen to other opinions, and modify their decisions accordingly.

Hutton also says that politicians must "make decisions based on clear military advice." And indeed, subject to the above caveats they must. It would be very nice to be able to do so. But, as this campaign has progressed, it has been clear that the military itself is divided as to the best or correct course of action, that there are different agendas and schools of opinion within the military, and that "clear" advice is not always the right advice.

Politicians, also, must not become armchair generals, says Hutton – not least, one assumes, because the current generation of ministers have no military experience.

However, from their successive statements in Parliament and elsewhere, it is highly evident that ministers – and politicians generally – are extremely deferential to the military, perhaps too much so.

If, for instance, military advice had been slavishly followed in June 2006, Mastiff protected vehicles would not have been ordered in August and rushed into service. Instead, yet another batch of Pinzgauer Vectors would have been purchased. That was the "clear military advice" at the time, which also counselled to keep the Snatch Land Rover in service as it was "mission critical".

In fact, of the many problems affecting the Afghani campaign, one is most definitely that too much "clear military advice" has been taken. It was such advice from the RAF that deterred ministers from ordering large numbers of Mi-17s in early 2007 – even though the RAF had purchased this machine for duties with the Special Forces.

Even though this would have resolved the helicopter lift problem, ministers instead took the RAF advice to buy the six Danish Merlins – at a cumulative cost of over £186 million – advice which – as we record in the previous post, has yet to deliver a single extra airframe to theatre.

Other attempts were made by ministers to bring extra lift into theatre, but ministers were also required to balance their budgets. How they do that is a political decision – it is not for the military to make. The deal was to delay or even scrap the Future Lynx project in order to divert the funding to meet the more pressing need. This aircraft was not due to deliver to operations until 2014-15 – at the earliest – so it had no impact on immediate requirements.

But each time, the "word" came back that the Army did not support any such arrangement. And, although you will not find his fingerprints on any document, that attitude went right up to Dannatt. His concern – as Colonel Commandant of the Army Air Corps – was to protect the Corps. The Future Lynx would ensure its survival. Support helicopters would go to the RAF.

Ministers could have pressed the point but, such has been the ferocity of the pork-barrel campaign to keep the order – with the full and very active support of the Tory front bench – that discretion ruled. The last thing wanted was an open spat with the Army and its serried ranks of supporters.

Yet other options were considered, as The Sunday Telegraph excitably reports, telling us that "the Government" turned down the chance to buy 12 "cut-price" SA 330 Puma transport helicopters from the United Arab Emirates (example pictured), at a cost – we are told - of about £6 million each.

This, as it turns out, was only one of many possibilities considered, and a very tentative one at that. Prices were never discussed and, since they had just been refurbished at £10 million each, the £6 million is a tad on the low side.

Anyhow, the idea was turned down on "clear military advice" from the RAF and MoD. Ministers are the first to acknowledge that they are not technically competent to make detailed appraisals as to the suitability of second-hand helicopters for service in the RAF – and they are not in a position to over-ride the advice they have been given. Thus, they took the "clear military advice" that it was more cost-effective to upgrade the existing RAF fleet of Pumas.

And then we come to the "boots on the ground" issue. Actually, there never has been any "clear military advice" that an extra 2,000 troops should be committed to theatre – as Dannatt has now acknowledged. And the "clear military advice " from the likes of US General John Craddock is that the priority is the provision of transport (particularly helicopters and mine-protected vehicles), intelligence and medical capabilities.

"Too often," he said, "the forces there now are relatively fixed, because we don't have adequate tactical mobility to move them around to be able to do the jobs we need them to do." Without that "tactical mobility", additional troops are either ineffective or, worse still, become additional targets.

Given that this is also a coalition operation, and that General McCrystal, on behalf of the coalition command has yet to complete his review of force requirements, and that the whole issue was marked down for an ongoing review after the August election, it is a tad premature to be discussing enhancements of British force levels.

But, says The Sunday Telegraph leader, "Troops are more important than political points." The paper is wrong. Troops levels are an intensely political issue and, in a parliamentary democracy, the civilian politicians make the political decisions.

It is surely right for the generals to warn of the consequences of any such decisions, but it is then for the generals to dispose the forces allocated accordingly. We are not a military dictatorship and, however much this current government might be detested and mistrusted, ministers – not the generals – are constitutionally accountable.

Advice is one thing – and not all of it is either clear or good. Demands are another.