The situation is serious 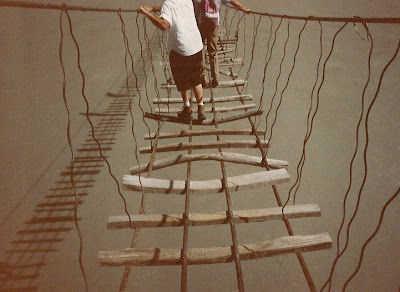 One truly wonders whether Bob Ainsworth is aware of the cynicism with which his statement is greeted in informed circles when he blithely tells us that conditions are improving in Afghanistan, based on the "message" he got "in Afghanistan when I visited last week".

One recalls the then newly appointed defence secretary Des Bowne visiting Basra on 18 May 2006, when he declared, "Basra is calm and British forces are working hand in hand with their Iraqi and coalition partners. Suggestions that the city is, in someway, out of control are ridiculous." Two weeks later, Iraqi prime minister Nouri al-Maliki announced a state of emergency in Basra, in a bit to contain the escalating violence.

Recalling also Stephen Grey's evidence to the Commons Defence Committee last week, one thus simply speculates how long the "lines-to-take book" was this time. The new defence secretary will have been told what he wanted to hear, and shown that which was convenient to show him, upon which basis he delivers the "upbeat" message that he was always going to deliver anyway – whether he had been to Afghanistan or not.

So taken with Grey's evidence was Jim Greenhalf that he was moved to write his own post on it, observing that much of what was said was worthy of the front page of The Sunday Times.

Anyhow, Ainsworth has delivered his own message to Chatham House today in a keynote speech which was delivered shortly after death of another soldier had been announced, the seventh in a week and the 176th to die since the start of operations in Afghanistan in 2001.

His response to those casualties is charted by The Daily Telegraph which tells us, "More British soldiers will be killed in Afghanistan and there is no end in sight to the campaign, Bob Ainsworth, the Defence Secretary has warned." He adds, "Let us be under no illusion. The situation in Afghanistan is serious - and not yet decided. The way forward is hard and dangerous. More lives will be lost and our resolve will be tested."

So much of the rest of the speech is the usual FCO/MoD extruded verbal material that the only rational thing to do is to glide softly by, although there is some merit in comparing the defence secretary's views with the critique by Matt Waldman, who has some sensible and realistic things to say but, in other ways, is part of the problem.

Of special interest to this blog, however, is Ainsworth's frontal assault on the media criticism of the Viking and other poorly protected vehicles in theatre. "Every effort is being made to increase protection - such as the introduction of Mastiff and Ridgeback troop carriers, the improved armour on Viking and Jackal vehicles, and the more heavily armoured Warthog vehicles coming in 2010," he says, continuing with the "line-to-take" supplied by the military:

With this suite of vehicles military commanders will deploy their assets according to the tactical situation on the ground. But as we develop measures to counter a threat like IEDs, so our enemies adapt - for instance by building higher yield bombs to overcome heavier armour. So let us be clear, sacrificing manoeuvre for heavy armour in every circumstance is not the answer.

We are doing everything we can to counter the IED threat at source. Our forces are finding and diffusing these bombs. But tellingly, they are also concentrating on the networks and the people building them and supplying the technology, the parts and the know-how.

We are getting inside the production process - some in the military call this approach 'getting left of the bang'. When we target the bomb makers and take out the capacity to produce, we cut the threat. Getting left of the bang will save lives - of our troops - and of the Afghans themselves.

This is part of a sustained counter-offensive which has also seen a formal attempt at rebuttal by the Ministry of Defeat, which once again falsely frames the debate as one between protection and mobility, as favoured by the BBC. This is not a ministry that its prepared to learn lessons. Rather it is one that will invest its resources in supporting its existing decisions, however wrong they might be, for want of acknowledging any error whatsoever.

Similarly, Ainsworth is not prepared to admit that which Waldman accuses the government – of miss-spending or wasting aid – not that he could since that involves attacking the FCO and DFID (which we must now learn to call UKAID). Instead, he cites the UK's non-military aid, amounting to £740m since 2001, with a further £500m is planned to 2013. We wonder whether he is aware of the Ferris wheel so generously provided by the British taxpayer, and how that fits in with this general scheme.

What immediately strikes one, however, is the disparity of spending on the military, with over £3 billion in the last three years and £3.5 billion forecast for this current financial year. If the military effort was directed towards civil aid, one might see a wholly different situation in Afghanistan than we see today.

It is rather odd, therefore, that Ainsworth concludes his speech by warning "us" to be under no illusion. "The situation in Afghanistan is serious ... " he repeats. One is tempted to ask: who is this "us", white man? The illusion rests with the secretary of state ... whose policy is not dissimilar to this bridge in the region, which has yet to have the attention of western aid officials. But then, Ferris wheels are so much more useful.