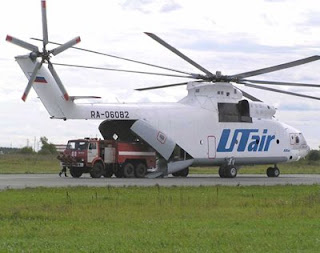 One feels very deeply sorry for Mrs Diane Bell, mother of Corporal Ivano Violino, killed when the Volvo FL-12 truck he was driving hit a mine. As she stood outside the Coroner's court in Tunbridge Wells, where today an inquest was held into her son's death (reported here and here), she struck out at "ministers", demanding that they do some "soul-searching" over whether enough was being done to protect British troops.

During the inquest, Mrs Bell had heard that the 44-vehicle convoy, moving equipment to a base nearly 12 miles north-east of Gereshk, had been promised air cover during its passage, but the helicopter designated had been re-tasked and had not appeared.

Focusing on that omission, she made the impassioned plea for more air cover for convoys, heedless of the view of the Coroner, Christopher Sutton-Mattocks. He was satisfied, he said, that it would not have made any difference whether air cover had been provided, as it would not have been able to detect the explosives that Cpl Violino's truck had driven over.

The convoy was in fact regarded as low-risk and an attack was not expected. Furthermore, the vehicles were not driving along a tarmac road but across desert. Some of the heavier vehicles were becoming stuck in the soft sand so, at the time of the strike, Violino's was driving his 10-20 yards to the right to avoid deep ruts made.

The chances are, therefore, that this could have been a legacy mine, rather than a deliberate ambush. Certainly, the Coroner declined to rule the death "unlawful killing" and instead elected to record that "Cpl Violino was killed in action on Her Majesty's Service".

As to whether this death could have been prevented, we explored this issue back in September 2007 when it happened. Then, oddly enough on the back of comments made by Lord Malloch Brown on the need for helicopters, we concluded that the convoy supplies could have been better and more economically delivered by helicopter.

As for Cpl Violino's truck – a loader-tipper – this was engineering equipment being delivered to a Forward Operating Base. It too could have been delivered by helicopter. At 10 tons unladen weight, it could easily have been carried by an Mi-26 and we even published a photograph demonstrating that this could be done (top left). It was not until February the following year, however, that a Mi-26 was leased by the MoD, too late for Cpl Violino.

Therein, however, lies a conundrum. Only last week, that same Mi-26 was shot down by the Taleban, killing six on board and a young girl on the ground, with a man injured. Moving the FL-12 by air would have been safer for Cpl Violino, but it would, effectively, have transferred the risk to the helicopter crew – and those under its path.

In turn, fully to protect the helicopter on its approaches to British bases, where it is at its most vulnerable, would need foot patrols out in the approach area transferring the risk to the soldiers, making them highly vulnerable to ambush, either from direct fire or IED.

Arguably, an escort of Apache gunships might have sufficed, but then there is the opportunity cost: how many soldiers would die, how would the overall mission be compromised by the allocation of this precious asset to escort duty, when it might be better employed on air support?

Collecting together these various strands, arguably, Cpl Violino's life could have been saved, had helicopter lift been available. Given that lift capacity is currently a major controversy, one might have thought that an astute journalist might have picked this up. This could even have been raised in the inquest, but it was not.

But the price of his safety could have been at the expense of the helicopter crew who transported his vehicle, as indeed it was the safety of those troops who did not have to make the land convoy into Sangin base to deliver supplies least week.

We would like to think that the Mi-26 which crashed last week could have been better protected, and need not have been shot down, or that the lives saved through convoys avoided were more than were lost. We can never know. Whether seven dead and one injured was a fair trade is also something we can never know, but it does point up an essential truth – war is a dangerous business and people get killed.

But there is another, more uncomfortable truth. To ensure one man's safety may, directly or indirectly, put others at greater risk. There is no such thing, they say, as a free lunch.