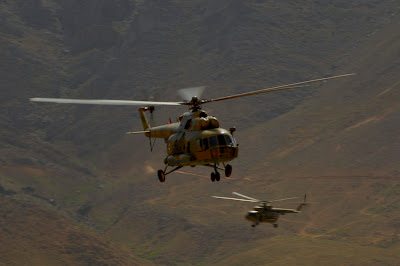 With the newspapers still full of news and comment on Afghanistan, no-one can now complain that it is the "forgotten war" any more. That we now have a "debate" though has not proved an unalloyed blessing – we are still in "more heat than light" territory.

It is to Matthew Parris, therefore, that we turn for an alternative view, specifically to his column in The Times.

Something of a curate's egg writer (good in parts), he retains the capacity to surprise - as he does today, having established a reputation as a convinced "outer" - telling us that, "Our forces will have to stay in Afghanistan. But Britain must resist being sucked deeper and deeper into this disaster."

Parris takes the view that it is time to stop striking poses over Afghanistan. Effectively, he says, the politicians are perfectly right to act as a check on the generals' ambitions – there are too many examples in history where giving the military its head has led to disaster. And, in any case, to hand them a blank cheque, "forgets that military chiefs are humans, not gods, and will always ask for more." Thus, he writes:

No extra troops. No extra money. Less for Whitehall-directed aid projects and more for smaller, independent charities. A clipping of Nato/Isaf’s ever-multiplying wings. No wild talk about gender equality and human rights. A scaling-down of ambitions for state-building and democracy. This is the sober new direction. There is no possibility of our hopes for a new Afghan dispensation taking shape, but no reason why the existing dispensation, intelligently propped, should collapse.

Put more prosaically, we should cut our cloth according to our means, instead of getting caught up in the hysteria of the moment, pledging more and more blood and wealth, in a never-ending spiral that could drain our resources and our patience.

Injecting a practical note – where so many people, including this writer, have difficulty in defining why we are there and what we are supposed to do – the one thing about which there is clarity, in principle, is that we should be training and equipping the Afghan security forces.

At a certain level – as was the case in Iraq – they should be able to continue the fight, more or less unaided, and we can depart with honour. We are not there to win the "war" – that is for the Afghanis to do for themselves.

That said, there is a certain weariness with the way the debate is going – bogged down in ever-increasing idolatry for the Saintly Dannatt and ever more arcane discussions about how many helicopters can dance on the tip of a needle (or is it a pin?).

Squaring the circle, the one thing the British are not doing, to any great extent, is training up the Afghan Air Force, a much needed capacity that, without which, the host government has no more chance of prevailing than we do without air power.

Under the circumstances, the most logical way to resolve the current helicopter shortfall is to plan a phased withdrawal of all British helicopters from theatre. They should be replaced progressively with Mi-8 MTVs – aka Mi-17s - (pictured), forming new RAF squadrons, which could then continue operations. Other "Russian" models could also be purchased.

Into these new squadrons should gradually be absorbed Afghani aircrew, with the aircraft increasingly serviced by indigenous ground crew, until such time as the Afghanis are reliably capable of autonomous operations.

That a start could be made very quickly, in terms of obtaining machines, is evident from a recent US initiative, in obtaining a number of helicopters for the Pakistani Army.

When they arrived, Gen David Petraeus, praised the speed with which the delivery was made. "Within two or three weeks of request from them for helicopter support, we wheeled four Mi-17s just refurbished out of the back of a Colt," he said. That just goes to show what can be done when there is a will.

The US was also able to provide "training assistance" and, as an example of what it is doing for the Afghans, it is leasing aircraft to train USAF pilots, who in turn can pass down their skills.

We, of course, have our own capabilities. With five Mi-17s already operated by the RAF in Afghanistan, plus the models at Boscombe Down in the UK, we already have a cadre of trained pilots who could train many more. And there are plenty of machines available on lease, with skilled ex-military flying instructors, who would be more than happy to speed up the process.

The point of this is that it would demonstrate a very clear commitment to an exit plan, with very visible and easily measurable metrics. When the squadrons are trained and fully operational, we leave – barring technical advisors.

There is a world of difference between fighting an endless war in a foreign land, co-opting the host nation forces in the fight, and actively and clearly setting out to train the host nation to fight for its own objectives – against a declared and honourable exit strategy.

Of this, one suspects, even Matthew Parris might approve – although we suspect that the RAF might rather resent being deprived of the opportunity of obtaining some more "toys" of their own, which is what much of this helicopter spat is all about. But then at least they would not have to wear out their own fleet so, possibly, everybody should be happy.

Somehow, though, there has to be a worm in the apple. It can't be that easy.