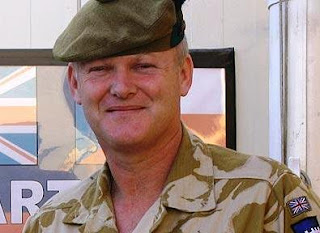 The "shock resignation" Maj-Gen Andrew MacKay has triggered intense speculation as to the reasons for his departure, with the media deciding that the main factor was his disillusionment over the Afghan strategy – or variations on that theme.

Elevating the speculation into certainty is The Daily Mail which has the general's resignation highlighting "the growing rift between military leaders and the Government over the conduct of the campaign", while The Daily Telegraph casts any doubt aside with the headline: "Afghanistan general quits over disillusionment with government strategy".

Certainly, MacKay – the "hero" of the re-taking of Musa Qala in December 2007 - is a known critic of certain aspects of the conduct of the campaign, but it is well over a year since he was in theatre.

Since then, he has been awarded the CBE for his services in the campaign and in June was promoted to Major General and General Officer Commanding of the Army's 2nd Division (Scotland, Northern England and Northern Ireland). That he accepted both award and promotion, and took on a new post, is not a sign of a dissident, burning with indignation at the way the Afghan campaign is being fought.

For another "agenda", however, one does not have to look very far – no further in fact than The Times, which cites Clive Fairweather, a former CO of the King's Own Scottish Borderers and a close friend of MacKay.

One reason he gives is that the Army is in the process of rationalising the command structure and, in the not too distant future, MacKay's post is to disappear. With rumours of another job in the offing, at the age of 52, Mackay is making the break now, rather than wait until the market is flooded with a surge of redundant generals, with whom he would have to compete.

This rationalisation is part of the Future Army Structure (Next Steps), announced by General Dannatt in early 2008 and, with General Richards now in post, it is probable that the "new broom" is determined to "sweep clean".

Recognising the reality that the Division is no longer the building block of modern armies, and that the effective operational unit has become the Brigade, Richards will be seeking to disband the current Divisional structure, clearing out much of the dead wood in the process.

Earlier this month, it is "understood" that MacKay had a meeting with Richards, following which he was given "formal leave to retire". With The Scotsman reporting that MacKay is said to be "dissatisfied" with plans to restructure the Army, it requires no great leap of imagination to conclude that it was made clear to MacKay that he had no long-term future in the Army, making his public announcement a mere formality. Furthermore, as the restructuring proceeds, we can expect more high-level resignations.

Doubtless, there is considerable unease in the Army about where the Afghan campaign is going, but in this case, speculation that this was the reason – or even the main reason – for MacKay's precipitate departure seems less than well-founded.

However, since it fits the narrative, the media has run with the Afghan dimension, and played down other possibilities. Says The Daily Express, "He [MacKay] is the most senior in a growing line of officers to quit over conduct of the war," leaving Liam Fox to declare: "His anger is the tip of the iceberg. People cannot trust Labour to give our troops all they need."

The "narrative" is everything. Truth is not an issue.