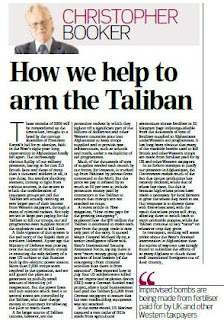 The claque of foreign correspondent rallying to the support of Stephen Farrell over his kidnap and rescue in Afghanistan are fulsome in their praise of him – and each other. Many of them have written books displaying their prowess all with the benefit of "being there", offering their pearls of wisdom and expertise.

To a man (and woman) though, they all seem to make a mistake common to purveyors of their trade. As journalists, they share the belief that grasp of a tiny piece of the story – seen from their own limited perspectives – necessarily qualify them to hold forth on the bigger picture, and to draw conclusions from them.

What they are doing, most often, is confusing the process of reporting – writing up a coherent story on the basis of facts they have gathered – with analysis: gathering facts from diverse sources, assessing their relative merits and reliability, assembling them and, drawing conclusions and, where possible, extrapolating possible outcomes.

Although the processes seem similar, they are not. Reporters usually come to the story with a pre-conceived notion of what they want to write, and then collect "facts" to stand up the story and to illustrate it. The narrative is invariably worked out in advance.

The analyst, however, comes from the opposite direction. When the process is done properly, there is neither narrative nor a pre-conceived idea. Instead, the facts are collected, sifted, weighed up, assembled and reviewed, from which the narrative emerges. As its best, it is a journey of discovery, with the conclusions sometimes coming as a surprise, even to their authors.

The often unrecognised difference leads to some of the underlying tensions between the "claque" who claim greater authority from their experiences of "being there" - even if they so often can only claim to have seen a small snapshot and very often do not understand the importance of what they have seen, or how it fits into the bigger picture – and the more distant observers who have a wider range of data with which to work and benefit from the detachment that only time and distance can bring.

In some respects, "being there" is a handicap to an analyst. The impressions and power of individual events overwhelm the observers, distorting their perceptions and obscuring less prominent issues that may, in fact, have greater importance. And even then, no one can "be there" in the sense that they are everywhere. They may be in the country but many events happen at a different place and time, when the "on-the-spot" observer can be tens or even hundreds of miles away.

All this serves as a weighty prelude to today's lead item in the Booker column, where Booker – without having left his study in Somerset - can pronounce with authority on events in distant Afghanistan and conclude that our intervention there is doomed. 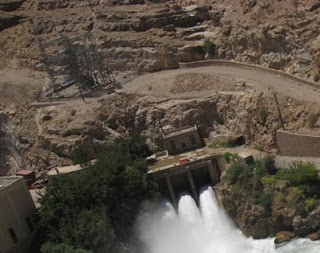 To come to that conclusion, Booker has assembled diverse sources of information – almost none of which have been gleaned from the UK claque of foreign correspondents. These serve to illustrate a theme we have rehearsed on the blog and DOTR – that the Taleban derive much of their funding not from the oft-quoted sources, but from British and other Western taxpayers. And not only are we in large part paying for the Taleban to kill our troops, our aid programme even supplies much of the material used to make the explosives used to kill them.

A little vignette of this system, writes Booker, is the sad story of the Kajaki dam in northern Helmand. A year ago the MoD was crowing over the success of British troops in ensuring the safe delivery of a new US turbine to this Russian-built hydro-electric power station.

More than 2,000 troops were involved in the operation, and we still guard the plant as it generates its pitifully small amount of electricity (16 megawatts). But – and this we learnt from Michael Yon and other sources (even the reviled Associated Press) - the power lines and sub-stations which feed it to several towns are controlled by the Taleban, who then charge money to customers for allowing the juice to reach them.

This has been discussed and analysed on diverse blogs but, while the MSM has offered derring-do accounts of operations in the Kajaki area, none of our ranks of gifted correspondents have seen fit to highlight what is in fact a major scandal. 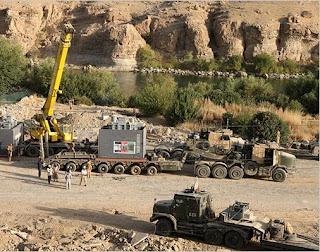 And any which way you put it, this is a major scandal. Embattled British troops, in a scarcely defensible outpost in Kajaki, are fighting and dying to protect an asset which provides financial resources to the enemy they are fighting.

That alone, though, is but one strand of the "bigger picture" that Booker examines. A far larger source of Taleban income, he writes, are the protection rackets by which they siphon off a significant part of the billions of dollars we and other Western countries pour into Afghanistan to keep troops supplied and to provide new infrastructure, such as schools and roads, under a multiplicity of aid programmes.

Much of the thousands of tons of supplies needed each month by our forces, for instance, is trucked up from Pakistan by private firms contracted to the MoD. But the price we pay is inflated by as much as 20 percent to include protection money paid by contractors to the Taleban to ensure that convoys are not attacked en route. 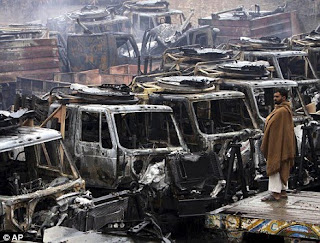 This has been rehearsed by local sources, not least here, with sums mentioned of up to £350 for each supply truck, to allow safe passage.

Although occasionally mentioned in passing by our ranks of gifted correspondents, none have ever sought to make a big issue of what is in fact a major scandal.

And any which way you put it, this is a major scandal. In order to supply British troops, at the end of a long and fragile logistics train, the British government is paying huge sums to the enemy which our troops are fighting, just so that they will allow through the supplies which our troops need to survive.

Then, from the US Time magazine, Booker picks up the detail of how reconstruction money is skimmed off to pay the Taleban not to destroy projects, thus funding the bombs and weapons that are used to kill British troops. He quotes Maj-Gen Michael Flynn, a senior intelligence officer with ISAF, saying there is now "more money going into the pockets of local leaders (of the insurgency) from [these] criminal activities than there is from narcotics".

And while this information was freely published in a US magazine, of our ranks of gifted correspondents, none have ever sought to make a big issue of what is in fact a major scandal. And any which way you put it, this is a major scandal. 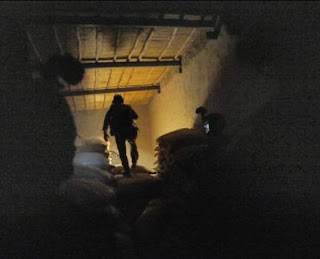 Then Booker picks up the fact that US and UK aid agencies are supplying thousands of tons of free fertiliser to Afghan famers, the very material which the Taleban are using to make bombs with which to kill British soldiers. Yet this information comes not from our ranks of gifted correspondents, none of whom have ever sought to make a big issue of what is in fact a major scandal.

And any which way you put it, this is a major scandal, that British and US taxpayers are subsidising the materials used by the Taleban to kill and maim our troops.

Furthermore, having not reported any of the items in isolation – with any degree of emphasis (or at all) – none of our ranks of gifted correspondents have put these disparate issues together – the essence of analysis. But, if you do, we find that the Taleban is drawing healthy amounts of finance from electricity, from our supply chain and from the reconstruction programme, topped up with free supplies of material that they can use for their bombs.

But it does not stop there. Much has been made of the opium control programme but Booker picks up on the scarce-reported fact that the price (and availability) of opium is linked to the price of wheat. When the price of wheat is high, opium production falls off, which means that British interests are best served by keeping the price of wheat high. 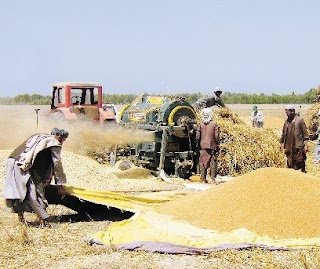 But, with an unerring instinct for doing the wrong things, our government is using our money to give free wheat seed to Afghan farmers, the effect of which will be to drive down the price of wheat and thus increase opium production.

The one consolation – and it is a poor one – is that this makes very little difference to the finances of local insurgents (although the high-level Taleban do benefit). They levy "taxes" on whatever crops the farmers grow, whether it is wheat or opium – a process facilitated by the British Army which spends so much of its time and resource on aimless patrolling and next to no resource on targeting the extortion rackets.

Putting all that together is part of the process of analysis. You don't have to "be there", to do it – and its is interesting that none of those brilliant reporters who have so famously been there, and thus pronounce their superiority, have thought to do this simple exercise.

Yet it is the analysis which allows the conclusions, and which gives them their authority. Finance is the lifeblood of any insurgency and, to crack it, you have to deal with the source. Further, there are few better ways of winning the "hearts and minds" of the local population than to bear down on extortion rackets. On the other hand, failure to do so will weaken any counter-insurgency effort.

Thus, as long as the British and other western taxpayers are being forced to subsidise the Taleban to kill and maim British soldiers, and supply them the materials to make their bombs, and then to undermine the opium control programme, our intervention in Afghanistan is indeed doomed. And the more money we throw at the problem, the worse it will get.

It would thus be so refreshing if our journalistic claque could crawl out of their comfort zone and look at the bigger picture. They need to stop bleating about needing "more resources" in Afghanistan. We are already giving the Taleban far too much money. We should not be agitating to give them more.