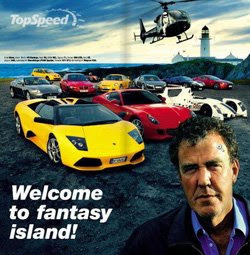 Recent deaths of soldiers in military vehicles in Afghanistan are the result of poor procurement choices, influenced more by looks and performance than operational needs claims Richard North, author of Ministry of Defeat published later this week. Many of the vehicles pressed into service in Iraq and Afghanistan would be more at home amongst the middle aged boy racers on Jeremy Clarkson's Top Gear programme or tearing round city centres late at night than on a modern battlefield.

The Army policy appears to be to buy vehicles for their looks, "uparmour" them at great cost but still leave them as effective as chocolate fireguards against the Improvised Explosive Device (IED) – the insurgency weapon of choice in both Iraq and Afghanistan.

One of the worst examples is the Army's new Jackal high mobility gun platform, described as a "Land Rover on steroids" and dubbed the "Mad Max monster machine" when it was unveiled by the Army in June 2007.

Hugely popular with troops for its speed, manoeuvrability and comfortable ride, it's nonetheless lethal! Including the two soldiers tragically killed on Saturday May 30th in Helmand Province, already eight soldiers have since been killed in these £400,000 machines, many more have been seriously injured and over 20 vehicles have been written off after mine strikes or roadside bomb damage.

The loss rate is not surprising says North. The vehicle was originally designed as a high mobility truck and gun tractor and has since been converted into a "weapons platform" with the addition of two machine guns. First introduced into Afghanistan without armour, it has since been "uparmoured" twice, each time because it could not withstand Taleban attacks.

Modern protected vehicles are custom-designed and can withstand bombs as large as 300lb, something which converted vehicles can never do. In the Army's dedicated mine protected vehicle, the Mastiff, no lives have been lost, despite it being in service in two years longer than the Jackal. 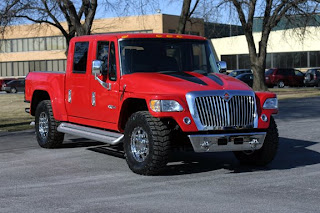 An even worse example is the recently ordered Husky "support vehicle". It is based on the US-built International MXT pickup, a civilian competitor to the Hummer. Launched in 2004, it was decribed by the manufacturers as a "sleek and dominant truck geared for the 'image' truck market, a growing niche of truck owners who want to make a powerful statement about who they are."

With 200 ordered by the MoD in April this year, at a cost of £120 million, the Husky has been converted for military use with "bolt-on" armour. The same version was offered to the US Army for a procurement competition for an off-road mine protected vehicle to serve in Afghanistan. But, in the same week of the MoD order, it was learned that the US Army had failed the vehicle during its compulsory mine protection test and had been ruled our of the competition.

Again, North is unsurprised. Without what is known as a "v-shaped hull" as a basic part of the design, it is difficult to protect vehicles properly. Yet, with the right design, even light vehicles can withstand blasts that cripple tanks ten times their weight.

The Army, he says, is regressing in its approach to armoured vehicle design. The first ever production armoured car was built by the French in 1904. It was a commercial vehicle with bolt-on armour. After the Second World War, new technologies and experience enabled far more effective vehicles to be built, incorporating the armour into the basic structure. Now, the Army is going back to pre-war technology – pre First World War. And men are dying as a result.

Ironically, the British were the pioneers in mine protected vehicles, building army trucks in 1966 for the Aden campaign. The technology was further developed by the Rhodesians for their Bush War in the 1970s and then by South Africans. It has since been adopted by the US which is currently running a competition for a high-mobility mine protected vehicle.

It was in this competition that the Husky failed which means that the MoD is buying vehicles rejected by the Americans. But, with its chunky, macho looks, on the Top Gear show, it would win every time.