We really should not gloat 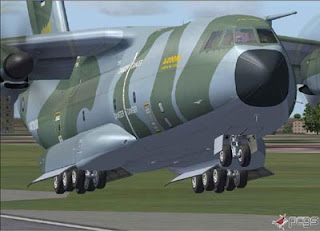 First it was this, then this, this and this. And now we get this - Airbus is now formally admitting that delivery of its A400M military airlifter will be delayed "at least six months", possibly even longer, at an extra cost estimated by Goldman Sachs at €900 million.

Germany, meanwhile, with its order of 60 A400Ms on hold, is having to make do with clapped out old Transalls, is going to have to struggle on with its old aircraft, possibly borrowing a few C-130s as well, to keep it going. It is hard, therefore, not to feel a little bit sorry for German economics minister, Michael Glos. He has confided that the delay was "painful" and urged EADS to "do everything to avoid further damage" in the matter.

The French Air Force is being equally inconvenienced, receiving its first A400Ms in April 2010 instead of October 2009, but it could be as late as October 2010.

According to DefenseNews, EADS are saying that the rescheduling of the programme is driven by the slow progress in engine development. However, we are also told that the engine-makers are said to be angry for being blamed for holding up the program. They argue that Airbus changed the specifications for a heavier airframe, calling for greater engine thrust, making for a heavier engine and a stronger wing to carry the powerplant.

Either which way, we are still no further forward in knowing when the RAF will finally get its batch of 25 A400Ms although, it is a fair bet that, had we ordered C-130Js, they would be operational by now.

Of course, the A400M is more capable than the C-130, although the situation is not much different than between the EU's Galileo system and the US Navstar. The one is better, in theory, than the other, but then the former isn't flying and the latter is.