A crack in the façade? 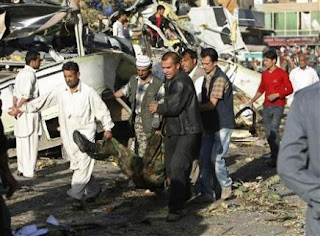 A Reuters report today (no link) tells of a suicide bomber targeting a foreign military convoy in southern Afghanistan, slightly wounding one soldier.

The attack, adds the agency, came a day after a suicide bomb killed at least 11 people on a police bus in the capital Kabul, part of a Taliban offensive coinciding with the holy month of Ramadan. Another 30 people were killed in a similar attack in Kabul on Saturday.

Crucially, we are then told that the number of Taliban attacks has risen this year "as the insurgents switch tactics from the conventional battles of last year to suicide and roadside bombs."

This, of course, comes as no surprise as the eventuality was flagged up by Tory back-bench MP Ann Winterton in June last year, who – on the basis on what she had heard from a number of military sources – asked the defence minister:

As our forces appear to be winning the firefights in Afghanistan, does he expect those who oppose our troops there and in other theatres to revert to the use of improvised explosive devices?

With Gen. Dannatt claiming that Nato forces are "winning the tactical battle", more than ever we should expect the Taliban to revert to such hit-and-run tactics, leaving our forces highly vulnerable and, also, tying up huge numbers of troops in routine force protection measures.

It thus becomes absolutely imperative that exposure to IEDs should be reduced, to which effect it becomes all the more important that we see increased use of helicopters to carry out routine logistics tasks and troop transportation. 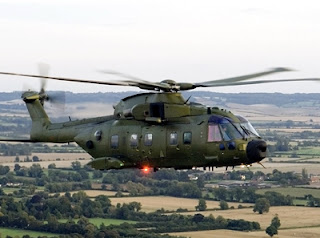 However, while the MoD is slowly gearing itself up, at glacial speed to provide additional Merlin helicopters (the latest news, incidentally, replacing Brown’s announcement on troop reductions in Basra which, curiously, has disappeared from the MoD website), there are some indications that, at last, the chronic shortage is going to be addressed.

The first hint of this came in an article in the weekend's Sunday Times, with Mike Smith writing that a group of high-level civil servants had been set up to investigate the possibility of hiring private contractors to perform defensive duties in warzones.

Then, today we saw a report that the "Nato military alliance" was thinking about leasing helicopters. "We need helicopters everywhere and one of the options being studied is leasing contracts," said spokesman James Appathurai in Brussels. He said that NATO already had such agreements for fixed wing transport aircraft — another area in which there is a shortage — "with our Ukrainian and Russian friends, which is working well."

A Nato diplomat said it was a question of "leasing dozens of helicopters", while Appathurai added that ISAF had launched a military mission dubbed Operation Pamir, in and around Kabul as well as in east, south and west Afghanistan, which was likely to last a number of months. That would make such air support all the more important, the report concludes.

So it is that the military bureaucracies seem at last to be considering an option that was obviously the best way forward months ago which, even now could be saving lives and money.

And they call this military efficiency?